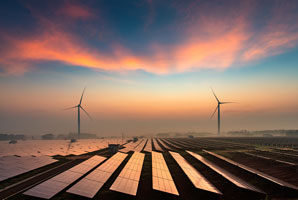 Scientists from America have developed a low-cost, rechargeable battery that could make the widespread use of solar and wind power possible, according to a study published in Nature Communications.

Connecting renewable energy sources to electricity distribution grids requires safe, inexpensive and rechargeable batteries with high energy densities. Batteries that use a manganese dioxide (MnO2) cathode, the negatively charged electrode, fit the bill on most counts, but are not rechargeable.

By inserting copper ions between layers of Bi-birnessite, a crystalline mineral of MnO2 that has been mixed with bismuth, researchers from the City University of New York have developed a battery with a high areal capacity which allow many electrodes to be packed together, whose copper ions make it rechargeable.

The battery could be used to connect renewable energy sources to electricity grids, making it possible for wind and solar power to be widely used.