Extortion can outperform generosity in the iterated prisoner’s dilemma 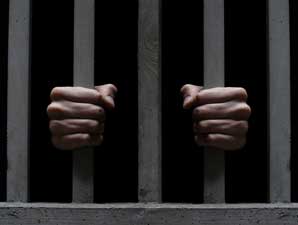 The prisoner’s dilemma, a classical problem posed in game theory, suggests that it’s best to cooperate with partners-in-crime. Now, a team of researchers have experimentally proven that sometimes it might be better to rat out your companions, but only in repeat interactions.

The team, which included researchers from Zhejiang University recruited 256 volunteers to play a game, consisting of 60 or 500 consecutive rounds where they could choose to ‘cooperate’ with a computerized opponent or ‘defect’. The digital foe would either exploit an opponent’s tendency to cooperate by occasionally defecting — or employ a ‘generous’ strategy based on mutual cooperation.

The team found that when the volunteers were aware of their opponent’s artificial nature, and in long rounds, the opponents that used exploitative strategies significantly outperformed the benign. “For an individual, the prospect of interacting with a machine-like opponent is not uncommon,” say the authors, noting that there are increasing numbers of artificial intelligence products entering the market.