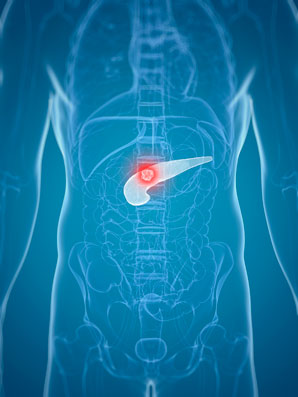 The researchers created cancer cell lines from 38 mice engineered to develop pancreatic tumors carrying a single mutant copy of KRAS, an oncogene that in around 90% of cases of human pancreatic cancer.

They found that, in the early stages of tumour evolution, either the mutated KRAS gene itself became doubled or there was an oncogenic gain of some other cancer-linked mutation. Which cancer-promoting gene amplification occurred depended on which tumour suppressor genes had first in the tumours.

The findings point towards a basic organizing principle behind pancreatic cancer — one that could for therapeutic purposes.