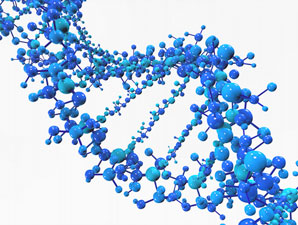 Researchers have designed DNA blocks which self-assemble into large structures that could be used for drug delivery or as molecular machines.

A team at the Technical University of Munich created building blocks in which two bundles of DNA molecules are connected by linkers to form a rigid V-shaped unit. Connection points on the outside of the arms enabled the blocks to snap together like LEGO pieces, so several V-blocks could combine to form a ring. Next, the team added connection points on the front and back of the V-blocks, enabling the rings to stack together to make a hollow tube.

Finally, the researchers combined V-blocks with triangular and rectangular blocks to create a vertex, three lines meeting to make a corner. Depending on the angle between their arms, the vertices self-assembled into hollow pyramids, cubes, and dodecahedrons, which could be used to encapsulate drugs.