Identification Of An Atypical Monocyte And Committed Progenitor Involved In Fibrosis 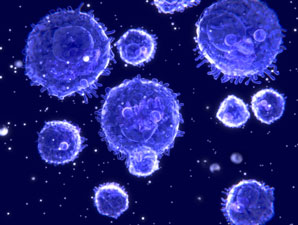 A newly discovered subset of white blood cells seem to be a lynchpin in the development of the scarring disease fibrosis, researchers have found.

Fibrosis is the thickening of scar tissue during the body’s reparative process and can have serious consequences on organs such as the liver and lungs. Although researchers know that activation of the immune system is involved in the disease, there are few effective therapies.

Studying the disease in mice, scientists from the Chugai Pharmaceutical Co., Ltd and elsewhere identified an unusual subset of white blood cells that they have called SatM (segregated nucleus atypical monocytes) as being critical for fibrosis to occur.

Mice without this cell type were significantly more resistant to fibrosis, the researchers found. Introducing SatM cells into these mice increased their susceptibility to the disease.

The researchers note these results suggest it may now be possible to develop novel, more specific therapeutic targets for fibrosis with fewer side-effects.