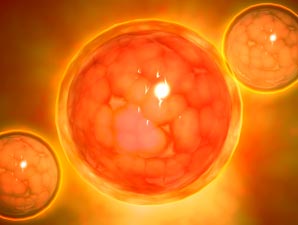 A DNA switch responsible for a critical stage in embryo development – folding a ball of cells inward to form the beginning of the gut cavity — has been uncovered by a study published in Nature.

A team of Chinese and US scientists, including researchers from ShanghaiTech University, genetically engineered mice that lacked a family of TET enzymes that can remove methyl groups from DNA, which control how the DNA is read.

The engineered and control mice both developed normally up until the seventh day when the control mice began to form a ‘gastrula’ – three layers of germ cells folded to form the beginning of the gut. Mouse embryos lacking TET enzymes were both smaller and their cells failed to migrate correctly to form tissues and organs.

The scientists concluded that TET enzymes genetically control the formation of the gut in mice and carried out further experiments to show they signal two growth factors called Lefty and Nodal to kick-start gut development.