Selective spider toxins reveal a role for the Nav1.1 channel in mechanical pain 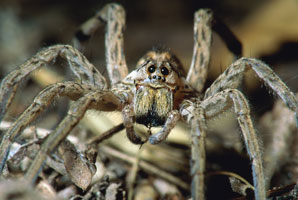 The terrible pain felt by irritable bowel syndrome (IBS) sufferers could be alleviated thanks to spider venom, of all things.

A US-Australia team, including researchers from the University of Queensland, investigated the transmission of mechanical pain by Nav1.1, an ion channel that initiates a nerve impulse in certain neurons or nerve cells. They were able to trigger Nav1.1 by injecting mice with two tarantula toxins that specifically targeted the channel.

After injection, the mice were more sensitive to mechanical pain, but did not experience elevated reactions to thermal pain. The team also found that Nav1.1 was expressed in high levels by nerve fibres in the gut.

Identifying the role Nav1.1 plays in the transmission of mechanical pain could help researchers develop treatments for IBS and other conditions. The team is now working on developing molecules that block the channel.