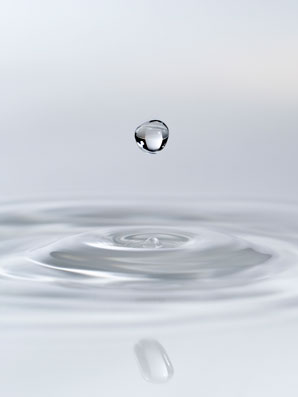 The interface between a liquid and air can be an ideal medium for self-assembling nanomaterials to form regular monolayered structures. However, in a conventional reaction flask, the liquid surface meets the side of the flask, which introduces solid–liquid and solid–air interfaces that disrupt nanostructure formation.

A team that included researchers from Northwestern Polytechnical University (NPU) in China have used acoustic levitation to suspend droplets in mid-air, forming an uninterrupted air–liquid interface for nanomaterial self-assembly.

By varying the conditions, the team could make nanoassemblies consisting of one, two or three layers, and even three-dimensional hollow nanoassemblies.

The technique is promising for creating programmed nanoassemblies from a wide range of materials, from quantum dots to graphene, the researchers say.