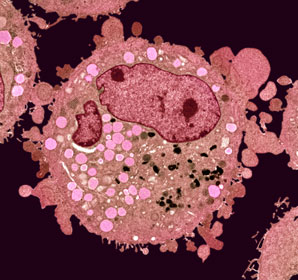 Although a powerful technology for studying molecules in dry or frozen states, the high-energy electron beams used in TEM to probe molecules in water generate an electric charge that breaks chemical bonds and damage specimens.

Now, a team of scientists at the Institute for Basic Sciences has used water called heavy water (D2O), which contains deuterium instead of hydrogen, when using TEM to observe fragile biological molecules. encapsulated the samples in a tiny pocket between two graphene sheets to protect them from the electrical charge produced by TEM.

The scientists found that organic molecules dissolved in D2O lasted 2 to 5 times longer than those dissolved in water.