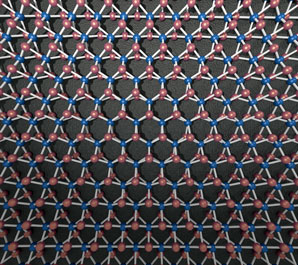 A family of two-dimensional materials that can be metallic or semiconducting depending on their structure could spawn a new breed of electronic devices.

Researchers, including a team at the Advanced Institute for Materials Research at Tohoku University, have developed a way to make these monolayer materials, known as transition metal dichalcogenides, using a scalable fabrication technique called chemical vapour deposition (CVD).

Until now, the challenge has been that the metallic ‘1T’ phase of the material is unstable under high-temperature CVD conditions. The researchers discovered they could create it indirectly by forming the semiconducting ‘1H’ phase by CVD and then inducing a phase transition. The transition to 1T occurs as the material cools, and strain accumulates because of the different thermal expansion coefficients of the monolayer and the glass substrate.

By varying parameters such as the cooling rate, the team could adjust the proportion of the transition metal dichalcogenide surface that transforms to the 1T phase.