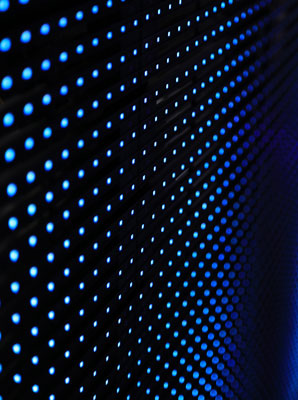 A team of scientists from South Korea has developed a new technique for making light-emitting ultrathin fibres, paving the way for wearable electronic displays, according to a study published in the journal Nano Letters.

Wearable electronic devices with passive and active components, such as conductors, sensors and logic circuits, have attracted considerable interest in the textile and fashion industries as wearable displays in smart clothing. However, the organic light emitting diodes (OLEDs) used for wearable displays exhibit much lower performance compared to their traditional counterparts used in circuit boards.

Scientists from the Korea Advanced Institute of Science and Technology (KAIST) have now developed a simple and inexpensive technique for making OLED fibres that can be woven into textiles or knitted into clothes. The fibres are flexible, durable and washable, and perform as well as planar devices.

The work opens the door for the commercialization of fibre-based wearable displays.