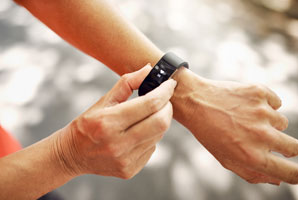 Speeding up silicon crystal growth has made nanowires that are long enough to use in wearable electronics.

The next generation of wearable electronics and biosensors will require flexible components that are just a few nanometres thick. While silicon is a popular material for nanowires, growing such thin wires more than a few millimetres long is a challenge. A team, including researchers from the Institute of Functional Nano and Soft Materials in Suzhou, fabricated silicon nanowires in a tube-like chamber using a widely used vapour-deposition method. They raised the vapour temperature along the chamber in the direction of crystal growth, which made the nanowire grow faster, and supplied an excess of the catalyst, tin, which made the process last longer. This resulted in nanowires that were almost two centimetres long. The team tested one of their centimetre-long wires in a wearable finger motion sensor and found it was highly sensitive to joint movement.