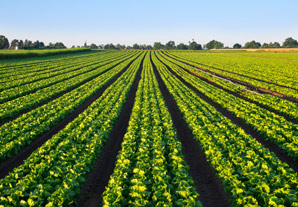 Horticultural crops such as fruits and vegetables present a much higher pesticide toxicity risk to aquatic and human health than do broadacre ones such as grains and oilseeds.

The way that data on pesticide use is currently collected and presented makes it difficult to assess the impacts various pesticides have on the surrounding environment. The impact depends on the chemical itself and how it behaves in different landscapes and weather conditions.

Now, a team led by researchers at Deakin University in Australia has developed a baseline assessment of the potential for harm of 158 agricultural chemicals by mapping their use at a detailed level across all of Australia.

The team found that horticultural crops presented a ten-fold greater toxicity risk to aquatic environments than the same sized area of broadacre crops. They also identified hotspots for pesticide toxicity risk across the country.