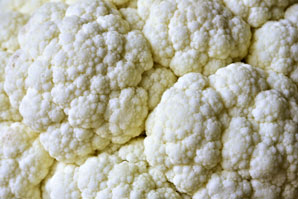 Globally, about 25% of maize and maize-based products are contaminated by mycotoxins released by certain microorganisms. These chemicals’ can cause cancer and genetic mutations. Although conventional spectroscopic techniques can detect mycotoxins, they are time consuming and expensive to perform.

Now, a team led by Huazhong Agricultural University researchers has developed a rapid detection technique that uses surface-enhanced Raman spectroscopy (SERS). It can be used to identify molecules in a sample by using hotspots on the surface to amplify the light shone on a nanostructured surface.

As hotspots form at nanogaps on the SERS surface, the team used a sputtering process to create a new gold nanomaterial that mimics the structure of cauliflower, and is especially rich in hotspots. This gold nanocauliflower SERS material was used to rapidly detect traces of multiple mycotoxins.