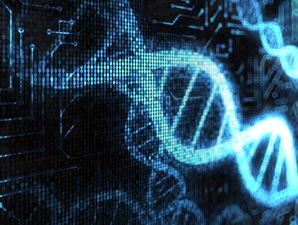 A ‘DNA computer’ that detects tumour cells and autonomously responds to their presence by launching an attack, has been designed by researchers from Japan’s Tokyo University of Agriculture and Technology (TUAT).

The TUAT researchers programmed their DNA computer to exploit these vulnerabilities by creating two specific strips of DNA code. In the presence of the target microRNA, the two DNA strips bind together – and in doing so, form a single DNA strand with the correct code for the anti-tumour DNA drug. The strand acts as a template for churning out multiple copies of the drug.

When the team tested their computer against small cell lung cancer microRNA in the lab, it produced enough of the anti-tumour DNA drug for a therapeutically effective dose.