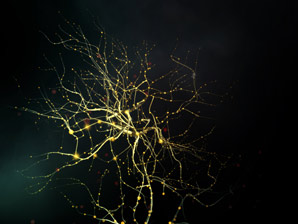 A light-activated system that temporarily turns off the release of neurotransmitters from vesicles in brain cells is a powerful tool for exploring how animal brains work.

Neuroscientists have been using a technique known as optogenetics to probe what happens when they turn on and off the activity of neurons using light. While molecules that activate neurons on illumination are effective, those that inhibit them cause undesirable effects.

Now, a team led by researchers from the Institute for Basic Science in South Korea has developed an optogenetic probe that can stem the release of neurotransmitters from vesicles within a minute of shining blue light on it.

The effect is reversible: when the light is turned off, normal operation returns within an hour — a much faster recovery than other inhibitory probes. Furthermore, it doesn’t affect the membrane potential.