TREM2 Binds to Apolipoproteins, Including APOE and CLU/APOJ, and Thereby Facilitates Uptake of Amyloid-Beta by Microglia 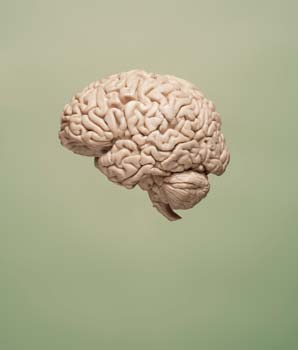 Some genetic mutations lead to earlier onset of Alzheimer’s disease by dismantling the brain’s cleaning machinery, a study published in Neuron reveals.

Genentech scientists investigated a protein called TREM2, of which mutated forms can lower the age of Alzheimer’s onset by three years. TREM2 is found on the surface of immune cells called microglia, which help maintain the brain by engulfing floating waste.

The team isolated microglia from mice and discovered mutated forms of TREM2 that prevented shuttling molecules from docking to the microglia. These shuttling molecules pick up beta-amyloid molecules, which can aggregate to form the toxic amyloid plaques found in the brains of Alzheimer’s patients.

The scientists propose that the mutations in TREM2 prevent microglia from engulfing beta-amyloid, allowing the toxic amyloid plaques to form. They also revealed a link between TREM2 and two other genetic risk factors for Alzheimer’s disease that interfere with the same brain-cleaning process.