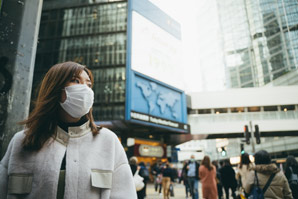 Ancient mutations that confer some protection against coronaviruses, found in the genomes of people of East Asian ethnicity, suggest their ancestors encountered coronavirus epidemics around 25,000 years ago.

Epidemics caused by RNA viruses are known to have occurred throughout human history.

Now, a team led by researchers from the University of Adelaide has examined the genomes of humans from 26 populations to look for genetic variants that might have emerged in response to exposure to these viruses.

They identified 42 genetic variations in genes coding for proteins that interact with viruses — in particular, coronaviruses — which appear to have been selected for around 900 generations, or 25,000 years, ago in people of East Asian origins.

These proteins are also associated with organs such as the lungs that are especially affected by coronaviruses, and some of the variants may be influencing how people are responding to COVID-19.