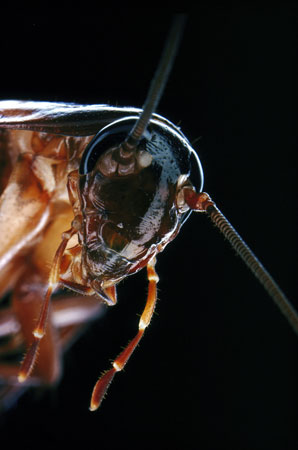 The human brain can encode the spatial locations of things we see and touch, but the cockroach brain seems to also map smells.

By studying how the brains and antennae of male American cockroaches respond to plumes of female-produced sex pheromones, a Hokkaido University–led team has shown — for the first time in any animal — that olfactory areas in the cockroach brain can build a three-dimensional spatial representation of smells in its surroundings.

The researchers used microelectrodes to map the architecture of this neural circuit, showing how sensory neurons in the antennae relay signals through pheromone-responsive projection neurons to the centre for olfactory learning in the insect brain.

This aroma atlas presumably evolved to help the nocturnal critters sniff out mates in darkness with a high degree of precision — something to consider next time you hear a cockroach skitter across your bedroom floor in the dead of night.