Natural Sleep and Its Seasonal Variations in Three Pre-industrial Societies 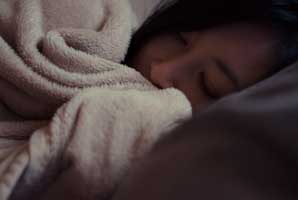 Poor sleep is often blamed on the switched-on, plugged-in modern age. But a study published in Current Biology has shown that the sleeping patterns of pre-industrial societies are very similar to ours.

A US-South African team, including a researcher from The City University of New York’s Hunter College, measured the sleep behaviour of three pre-industrial societies from Tanzania, Namibia and Bolivia.

Contrary to expectations, the subjects didn’t go to sleep when the sun set, nor did they wake midway through the night for extended periods. Rather they slept an average of 6.4 hours, which is similar to people in industrialized societies. It is also less than the 7 to 8 hours recommended by doctors. However, the pre-industrial subjects’ sleep varied more with the seasons, lasting longer over winter.

The authors note that recreating the light and temperature of a ‘natural environment’ could have a positive impact on insomnia treatment in industrialized society.