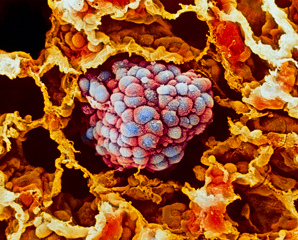 The variant of a metabolic gene that is responsible for tumour growth and proliferation has been identified. This promises to provide a new target for therapy.

A gene involved in breaking down the sugar glucose, PKM, is expressed in two variant forms, PKM1 and PKM2. Cancer cells and healthy cells have different ratios of the two variants.

To understand how these variants are involved in tumour growth, a team led by a Tohoku University Graduate School of Medicine researcher engineered mice to express each variant alone.

These findings demonstrate the importance of PKM1 in tumour growth and highlight its potential as a therapeutic target for some types of cancer.