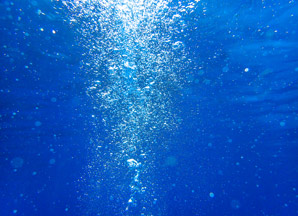 The solar-powered production of carbon-free fuels could be made more efficient by using a high-resolution technique to map the activity of key electrocatalysts.

Electricity generated from renewable energy sources can be stored by using it to make hydrogen fuel through the electrochemical water splitting. Materials based on molybdenum disulphide are some of the most promising electrocatalysts for hydrogen production, and researchers are trying to maximize their performance.

Now, a team at Kanazawa University in Japan has analysed the performance of molybdenum disulphide nanosheets as electrocatalysts for the hydrogen evolution reaction.

Using a microscopy technique that high-resolution, the team compared the catalytic activity of different parts of the nanosheet, such as the edge and the flat surface, with nanoscale resolution.

Engineering molybdenum disulphide nanosheets to incorporate more of the identified areas of high catalytic activity could enhance the performance of hydrogen production catalysts, the researchers say.