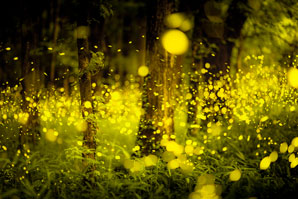 Spills of common environmental pollutants can be detected and mopped up using a chemical cascade reaction developed by researchers at the Vidyasirimedhi Institute of Science and Technology (VISTEC) in Thailand.

Chemicals called halogenated phenols and nitrophenols are used in many industrial products, including dyes, pharmaceuticals, disinfectants and pesticides. Spills of these compounds, or their gradual accumulation in the environment, can be harmful to wildlife and humans, however.

The VISTEC team coupled together a series of enzyme-catalysed chemical reactions to detoxify these compounds. In the first step, the compounds have their halogen or nitro group removed, to form a compound called benzoquinone with 100% yield. In the same pot, the benzoquinone can be converted into D-luciferase. This compound is valuable. It also luminesces in the presence of a third enzyme, firefly luciferase. The cascade could thus be used to detect trace, part-per-billion quantities of these toxins in soil or food samples.