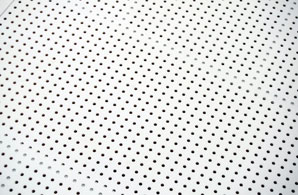 Scientists have used light to change the shape and size of polymer films containing tiny pores, and to return them to their original form, opening the door for their use in memory applications.

Shape-memory polymers (SMPs) are smart materials capable of changing their shape with the application of light, heat, or electric fields, and then reverting to their original form. But producing SMPs with pores has proved challenging because of the difficulty in changing the pores’ shape, which limits their applications.

Now, an international team of scientists, including researchers from the East China University of Science and Technology, has developed a method to create micropores in a polymer film whose shape and size can be altered using light.

By irradiating the film with visible light and controlling its polarization, honeycombed-shaped pores can be modified, and through subsequent irradiation with ultraviolet light can then be returned to their original form.