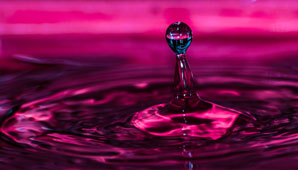 A technique that analyses the structure of delicate protein molecules can inadvertently convert them into the strongest organic acids ever recorded, a team led by researchers from the University of New South Wales has shown.

Electrospray ionization (ESI) gently attaches electrically charged ions to a protein. The protein itself therefore becomes highly charged, interacting with external electric fields in a way that allows its mass to be measured.

ESI, however, can also turn the protein into a strong acid, the new work shows. The textbook definition of an acid is a molecule able to donate a positively charged hydrogen ion. Studying protein ESI using gas phase ion chemistry observations and theoretical calculations, the UNSW team showed these highly charged proteins bristle with so many hydrogen ions, they form the strongest organic acids known.

By adjusting the conditions under which ESI is carried out, even stronger protein superacids could be formed, the team predicts.