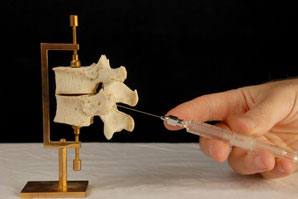 Magnetic particles could be used to control the body’s signals for pain and touch.

Cell activity can already be altered using chemical or electrical stimulation, but how mechanical forces affect cell behaviour is still under investigation.

Now, a team that included researchers from the University of New South Wales has inserted magnetic particles into a gel-like substance that occurs naturally around the spine, and grew spinal nerve cells alongside them. They used a magnet to pull on the particles, causing them to bump into the nerve cells. The force jolted motion-sensitive proteins within the cells, causing them to activate two ion channels involved in processing pain. The researchers observed that the neurons gradually adapted to the repeated force by reducing the pain signal.

Magnetic fields could be a safe, non-invasive way to control cell behaviour in order to treat pain.