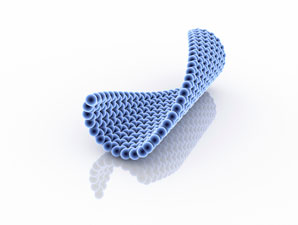 A new class of materials that outperform conventional catalysts can now be made in a simple, one-pot process.

Now, an international team of scientists, including researchers from Curtin University in Australia, has developed a new method for synthesising SACs that consist of metal atoms dispersed on carbon nanotube supports. This synthesis technique greatly increases the activity and selectivity of these SACs.

By using a one-pot pyrolysis method, in which successive chemical reactions occur in just one reactor, the team created single atoms of nickel, cobalt and iron, supported on nitrogen-doped carbon nanotubes.

The work has led to a new type of SAC with a single-atom metal content as high as 20 per cent by weight, opening the door for their use in energy-conversion and -storage technologies.