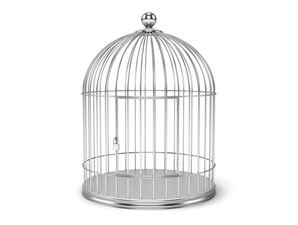 Metal-organic frameworks (MOFs) are highly porous materials formed from metal atoms linked by organic molecules, giving them a huge internal surface area that can store other molecules. Researchers at Nanjing Tech University have now developed an efficient strategy to increase the loading of functional molecules without impairing a MOF’s performance.

They first created a MOF called ZIF-L, based on zinc ions and linker molecules called imidazoles that assembled into flat, atom-thin sheets held together by weak hydrogen bonds. Then they added a fluorescent molecule, which became trapped between the layers. Finally, heating the MOF in a mixture of two solvents rearranged its internal structure to form a strong, three-dimensional cage that locked the fluorescent molecules in place.

This composite could act as a sensor for small molecules containing a halogen atom that can access the MOF’s pores and switch off the fluorescence within.