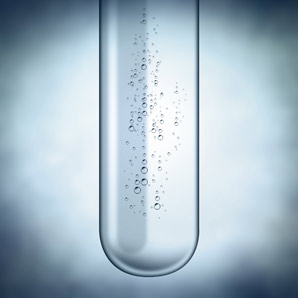 The solvents used to create transparent semiconductors being developed for solar cell and electronic displays can play a far more significant role in device performance than previously thought.

A solution-processible material, copper(I) thiocyanate (CuSCN) can be formed into highly transparent thin films that conduct positively charged ‘holes’, which are key to the performance of solar cells and organic light-emitting diodes.

The films are typically created from a solution of diethyl sulfide (DES) solvent. But as DES can bind strongly to copper, researchers at Vidyasirimedhi Institute of Science and Technology (VISTEC) decided to investigate the presence and role of DES in the completed films.

The team found that some DES remains in the film and directly improves its microstructure. The DES molecules coat and stabilize the surface of the CuSCN crystals that make up the film. By treating the film with an additional solvent washing step, the researchers could enhance the CuSCN microstructure still further, producing films with five-fold higher hole-transport performance.