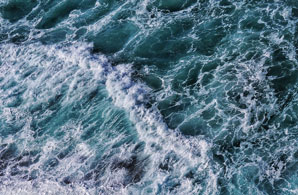 South African and French scientists have discovered a previously unknown current in the Indian Ocean, providing deeper insights into circulation that could lead to better management of fisheries in the region, according to a study in Geophysical Research Letters.

Ocean circulation in the southwestern Indian Ocean plays an important role in the return loop of the global overturning circulation, which transports large amounts of water, heat, salt, nutrients and other substances around the globe. However, ocean circulation around Madagascar is currently not well understood.

An international team of scientists, including researchers from the University of Cape Town in South Africa, has used observations from ships and satellites to find the Southwest Madagascar Coastal Current.

“It is a rare opportunity to discover a new current in the 21st century. It is a significant finding for the global ocean community and a really amazing achievement,” study author, Marjolaine Krug, told the African News Agency/ANA.