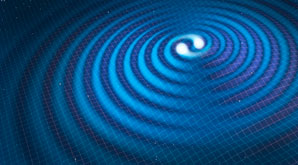 Scientists have investigated atmospheric gravity waves in detail, bringing a better understanding of how and where they are generated. Their study was published in the Journal of Geophysical Research: Atmospheres.

An international team of physicists, which included researchers from the Moscow Engineering Physics Institute, captured images of atmospheric gravity waves in noctilucent (night) clouds — delicate cloud-like structures made from ice crystals in the upper atmosphere — using three synchronized cameras positioned several tens of kilometres apart, and used a triangulation technique to estimate the height and horizontal characteristics of the waves.

By simulating the rays’ interactions with a reflecting surface and combining it with an analysis of global meteorological data sets, they concluded that the waves were formed from the balancing of the Coriolis force with horizontal pressures, and that the upper tropospheric jet stream was their most likely source.