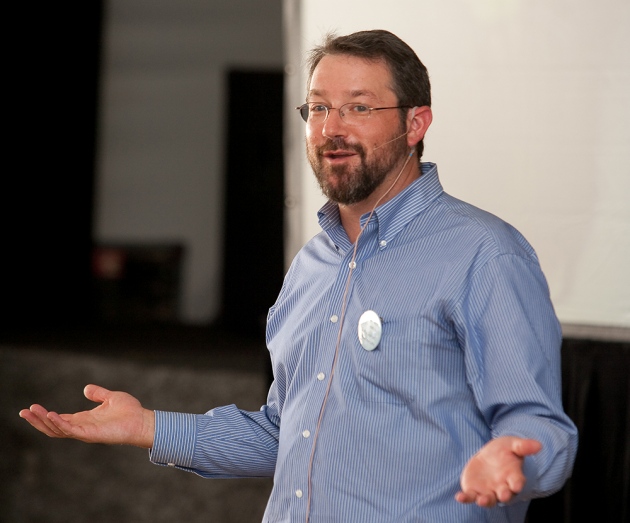 Psychiatrist Joshua Gordon wants to use mathematics to improve understanding of the brain.

The US National Institute of Mental Health (NIMH) has a new director. On 12 September, psychiatrist Joshua Gordon took the reins at the institute, which has a budget of US$1.5 billion. He previously researched how genes predispose people to psychiatric illnesses by acting on neural circuits, at Columbia University in New York City. His predecessor, Thomas Insel, left the NIMH to join Verily Life Sciences, a start-up owned by Google’s parent company Alphabet, in 2015. Gordon says that his priorities at the NIMH will include “low-hanging clinical fruit, neural circuits and mathematics — lots of mathematics", and explains to Nature exactly what that means.

What do you plan to achieve in your first year in office?

I won’t be doing anything radical. I am just going to listen to and learn from all the stakeholders — the scientific community, the public, consumer advocacy groups and other government offices.

But I can say two general things. In the past twenty years, my two predecessors, Steve Hyman [now director of the Stanley Center for Psychiatric Research at the Broad Institute in Cambridge, Massachusetts] and Tom Insel, embedded into the NIMH the idea that psychiatric disorders are disorders of the brain, and to make progress in treating them we really have to understand the brain. I will absolutely continue this legacy. This does not mean we are ignoring the important roles of the environment and social interactions in mental health — we know they have a fundamental impact. But that impact is on the brain. Second, I will be thinking about how NIMH research can be structured to give payouts in the short, medium and long terms.

How has neuroscience changed since you completed your medical residency in 2001?

The advent of incredibly powerful tools to observe and alter activity in a subset of neurons, such as optogenetics, has been transformational. It is allowing us to get at questions of how neural circuits produce behaviour — a research approach that may soon generate new treatments for psychiatric disorders.

Which of the recent NIMH programmes do you find particularly exciting?

One is the Human Connectome Project. The project has scanned the brains of more than 1,000 healthy people to generate individual maps of their neural circuitry, the ‘wiring’ in their brains that accounts for their particular personalities. At the NIMH, we have created standardized databases, designed by the scientific community, to store this information. The Human Connectome Project is going to be a tremendous resource for the field — maybe not quite as impactful as the Human Genome Project, but on that scale, I think.

A clinical programme that deserves as much attention, but perhaps doesn’t get it, is the Coordinated Specialty Care project for individuals facing their first psychotic episode. Some small studies have shown that coordinating different clinical and social-support programmes helps individuals to cope better.

Is this an example of what you call low-hanging fruit?

Yes. We are now looking for similarly significant clinical problems where good, evidence-based interventions exist but are not widely adopted. For example, we have a range of screening tools that we think can help reduce the suicide rate, which has been rising in the United States for unclear reasons. It could be advantageous to incorporate universal suicidality screening as a matter of routine into all emergency rooms. People often present in emergency rooms with injuries that result from suicide attempts but don’t admit to it — unless they are explicitly asked.

What about medium-term payouts?

Neural circuits could be delivering treatments in 10 or 15 years. We don’t yet know exactly which circuits we would want to modify to treat psychiatric disorders in humans. But now is the time to start thinking about which tools we are going to need to make this translational step possible, and invest in them.

Most work on neural circuits has been done in genetically modified mice, where it is relatively easy to control the activity of a few very specific cells in a particular brain area using tools such as optogenetics. We’ll need safe methods for humans. Should we be thinking in terms of viruses that can be directed to, and change activity in, specific neurons? Or should we be thinking of ways to stimulate or inhibit these cells indirectly, using transcranial magnetic stimulation or deep-brain stimulation, for example?

And the long term?

The really transformative treatments that are going to change mental-health care in the long term will depend on us learning how the brain works as a whole. We are all tempted to reduce the huge complexity of the brain into understandable chunks. But to appreciate and exploit that complexity, we will need to be able to integrate everything we know, from molecular biology to behaviour, into our models of how the brain works. That requires serious math. How does the structure of a neuron affect its integration into a circuit? How does that circuit affect the neural system that it fits into? How does the dynamic activity in these neural systems drive behaviour? Fully characterizing each of these levels and then integrating them across scales requires a level of mathematical rigour that most of us, including myself, have not really brought to bear on the problem.

Isn’t the mathematics going to get very difficult for neuroscientists?

It’s not so difficult — I’m not saying that we are going to need string theorists! It’s just a question of appropriate training in math for students. In the future, I hope that every experimentalist will also be a theoretician. But at this stage we need to encourage experimental neurobiologists to form long-term interdisciplinary collaborations with theoreticians, mathematicians or physicists.

We need to inject more math into every level of the NIMH portfolio. Math can also have a short-term impact in psychiatry for things such as predicting individual responses to drugs and improving precision medicine more generally.

In its move to a circuits-based approach, the NIMH introduced the Research Domain Criteria (RDoC), which encourages clinical researchers to investigate specific behaviours rather than broad diagnoses. It is widely disliked — will you be maintaining it?

Clinical neuroscience has typically tried to identify the neurobiology that underlies diagnoses [such as depression]. That hasn’t got us very far. Maybe if we instead try to understand the neurobiology underlying the various domains of behaviour [such as apathy], we’ll get better insight. I see RDoC as something potentially very valuable, something I am likely to keep — although it may need a few tweaks to extract the most value out of it.

Most of our knowledge about the brain has been gained in mice. It is hard for me to believe that we’ll really be able to translate the knowledge that we have won in mice into the design of new treatments for humans without going through an intermediate species with an elaborated prefrontal cortex and a large brain. So unfortunately, yes, I think we do still need to use non-human primates. We need to do so judiciously, though — the welfare of animals is fundamental, and we need to minimize the numbers of all of the animals that we use.