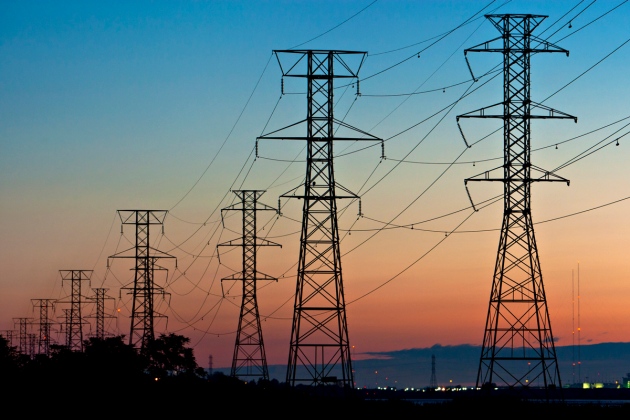 Orderly networks, like the US power grid, have more critical nodes that increase instability, compared to randomly structured networks.

Facebook can lose a few users and remain a perfectly stable network, but where the national grid is concerned simple geography dictates that it is always just a few transmission lines from collapse.

That is according to a mathematical study of spatial networks by physicists in Israel and the United States. Study co-author Shlomo Havlin of Bar-Ilan University in Ramat-Gan, Israel, says that the research builds on earlier work by incorporating a more explicit analysis of how the spatial nature of physical networks affects their fundamental stability. The upshot, published today in Nature Physics, is that spatial networks are necessarily dependent on any number of critical nodes whose failure can lead to abrupt — and unpredictable — collapse1.

The electric grid, which operates as a series of networks that are defined by geography, is a prime example, says Havlin. “Whenever you have such dependencies in the system, failure in one place leads to failure in another place, which cascades into collapse.”

The warning comes ten years after a blackout that crippled parts of the midwest and northeastern United States and parts of Canada. In that case, a series of errors resulted in the loss of three transmission lines in Ohio over the course of about an hour. Once the third line went down, the outage cascaded towards the coast, cutting power to some 50 million people. Havlin says that this outage is an example of the inherent instability his study describes, but others question whether the team’s conclusions can really be extrapolated to the real world.

“I suppose I should be open-minded to new research, but I'm not convinced,” says Jeff Dagle, an electrical engineer at the Pacific Northwest National Laboratory in Richland, Washington, who served on the government task force that investigated the 2003 outage. “The problem is that this doesn’t reflect the physics of how the power grid operates.”

Havlin and his colleagues focused on idealized scenarios. They found that randomly structured networks — such as social networks — degrade slowly as nodes are removed, which in the real world might mean there is time to diagnose and address a problem before a system collapses. By contrast, the connections of orderly lattice structures have more critical nodes, which increase the instability. The problem is that such orderly networks are always operating near an indefinable edge, Havlin says. To reduce that risk, he recommends adding a small number of longer transmission lines that provide short cuts to different parts of the grid.

Benjamin Carreras, a physicist at Oak Ridge National Laboratory in Tennessee who has conducted similar work2, says that network theory can be useful for providing insight into electric grids but must be complemented with more complex models that attempt to represent both the physical realities and the responsiveness of the modern electric grid. Although in some cases adding long lines can benefit the overall stability of an electric system, Carreras’ work suggests that in certain circumstances such an approach allows problems to propagate even farther.

“More connections may stabilize some processes, by, for instance, increasing the number of paths to generators, but also may destabilize others,” Carreras says. “One cannot make generic statements on this topic.”

Although local outages caused by falling trees knocking down distribution lines are common, large-scale failures within the core transmission lines rarely occur on a modern electric grid. Before 2003, the last major blackout in the United States had been on the west coast in 1996, and more recently an outage has struck in the San Diego area.

Dagle says that the 2003 blackout stemmed from a combination of bad vegetation management — the first three lines tripped after sagging into trees but were all within their load rating — and a series of monitoring and communications breakdowns. Vegetation requirements have since been standardized, and a new generation of sensors is providing grid operators with more information about what is happening across the grid at any given moment.

“Many more utilities have much more data,” Dagle says. “The next phase of our voyage is to make better use of that data.”