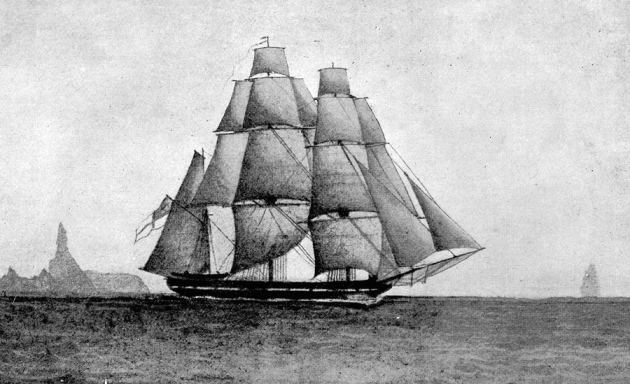 Frontispiece from Charles Darwin's A Naturalist's Voyage Round the World (1912).

In his celebrated journey around the world on the HMS Beagle from 1831 to 1836, Charles Darwin collected a plethora of information on the geology, animals, plants and people he encountered — observations that later helped him to develop his theory of natural selection. Darwin himself gave credit to the Beagle in his opening line in On the Origin of Species, "When on board H.M.S. 'Beagle,' as naturalist, I was much struck with certain facts."

The cabin where Darwin worked and slept also housed the ship’s library, which he used for both reference and inspiration in his research. The library was dispersed at the end of the voyage, and its contents have been unknown. Now, 178 years later, science historian John van Wyhe of the National University of Singapore has reconstructed a virtual version of Darwin’s library, by cataloguing all of the printed sources Darwin made reference to in his travel notes.

The virtual library comprises 404 volumes, totalling more than 195,000 pages. Now it is possible for anyone to browse or search the library for quotations, places, people and species. Part of a broader project called Darwin Online, the library “provides an unprecedented insight into the journey that changed science and our understanding of the world”, says van Wyhe.

Van Wyhe, who specializes in the history of evolutionary science and is the author of Dispelling the Darkness: Voyage in the Malay Archipelago and the Discovery of Evolution by Wallace and Darwin, talked with Nature about the Beagle library project. 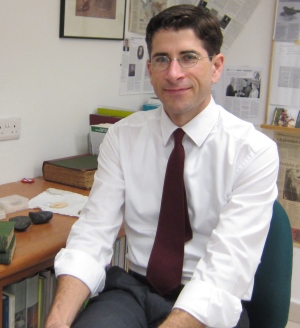 How did you come up with the idea for this project?

I’ve never heard of this being done before. I had this idea when I was editing the Beagle notebooks several years ago, I think in 2006, because I was searching Google Books to try to identify things that were in his notebooks. You think you can read a word, but you’re not sure. But if you search for it and find it is a word and it’s in a scientific book that he had, then you know you’re on to something. At that time I thought: “If only I could search through the Beagle library!” Searching through Google Books is very inaccurate because it’s very rough and includes millions of irrelevant books, whereas with the Beagle library, we’ve got the right ones. We’ve also had them transcribed — which was very expensive — so they’ll be very accurate and high quality for researching. In a way, I see this not as a project that’s finished but as a beginning. People can now really start doing interesting things with this library.

How is the library going to be useful for researchers?

It is already being used by scientists and historians, but it’s also of interest to the general public. Darwin has such a wide appeal, and there’s nothing more romantic and exciting about Darwin’s life than the voyage of the Beagle. We’re practically giving you the whole ship right here. Until now, people have read what he wrote and read his book, his notes, his diary and his letters, but in a way you're picturing him still in isolation, in a bit of a black hole. Now, we’re putting him back in the context in which he was living. 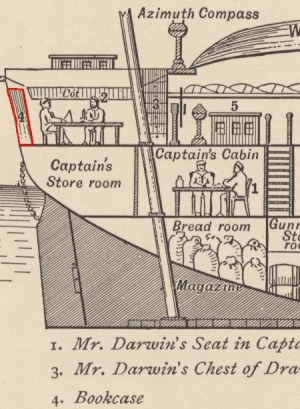 What was the highlight of the project for you?

I think what stands out for me are the images. When you think of a library, you tend to think of books and texts, but what I saw as the library began to be assembled, was that, wow! this is also an art gallery, full of thousands of beautiful drawings and illustrations and maps. It’s incredible. That’s why I made a special section on the website for the illustrations. Otherwise you would never see them, because they’re scattered across all these books. I had them pulled out so you can see what Darwin was seeing, and this was a major part of his inspiration.

Were there any unexpected findings?

All of this is a bit of a detective story. You have to go with what was written down to know whether Darwin or anyone else on the ship used a book or read it. I think my favourite one was the last book to be identified. It’s from a line in one of his field notebooks, which I published in 2009, but a word was mis-transcribed. It’s a horrible scrawl — his handwriting was terrible, so we didn’t know what it said. In going over that material for the Beagle library project, I finally cracked it. What it said was “Shenstone’s prose”. William Shenstone was a poet, a sort of forerunner of the romantics — and gosh, what an unexpected book for Darwin to have been reading!

Can we see Darwin’s annotations on the manuscripts in the library?

Almost none of these books are the actual copies that Darwin read. These are the same books, but almost the entire library was dispersed at the end of the voyage and we don’t know what happened to those copies. The Cambridge University Library [in the United Kingdom] has a small number of copies that belonged to Darwin — a good chunk of his personal library when he died ended up there — so some of those books were with him on the voyage.

How sure are you that these volumes were actually in the Beagle library?

It’s the nature of such of a project that some evidence is suggestive but not conclusive, so we have some references that are there with a little question mark behind them, indicating that these were possibly on the Beagle but we can’t say for sure. That’s all you can do with a project like this.

What’s next for the Darwin Online project?

Let me catch my breath first! There is something that we’ve been working on, off and on, for a few years now — to reconstruct a catalogue of Darwin’s personal library throughout his life. I do get e-mails every month or so from people asking, “Did Darwin own this or that?” So it would be useful if we could publish a list and say: “Here’s everything Darwin ever had in his own collection.”