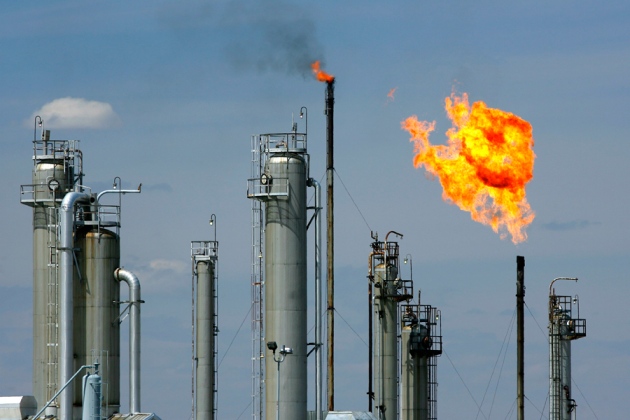 It is no accident that major European oil and gas companies — including BP, Shell and Total — chose to call for a price on carbon emissions just before this week’s World Gas Conference in Paris. Also known as a carbon tax, such an approach has been proposed as a way to limit global warming by encouraging a shift away from coal and other high-carbon fossil fuels, and towards renewable energy. It could well also give a boost to demand for natural gas, the cleanest-burning fossil fuel.

But the effect on global greenhouse-gas emissions — and the part that gas will play — depends heavily on what that price is.

The European companies have already put their own ‘shadow price’ on emissions: they evaluate the profitability of proposed oil and gas projects by assuming that they will have to pay a tax on the CO2 emissions associated with refining them. An executive of French oil giant Total said at the gas meeting that his company uses a price of €35 (US$39) per tonne.

A worldwide levy of around that level would be attractive to petroleum companies, says Lewis. “They’re looking for a price that primarily makes gas more competitive than coal for power generation.”

But to keep global temperatures within 2 °C of pre-industrial levels — the official goal of United Nations climate negotiators — the carbon price would have to be high enough to drive fossil-fuel emissions to almost nothing by the second half of the twenty-first century. A number of things would be needed to make that happen, the International Energy Agency (IEA) has calculated, including putting a price on carbon that would have to ramp up quickly from around US$20 a tonne in 2020 to $100 a tonne in 2030 and $140 in 2040.

Such a scenario could stimulate the development and use of carbon capture and storage (CCS) technology, which removes CO2 from the emissions of factories and power plants and sequesters it deep underground. To meet the 2 °C goal, former IEA director Nobuo Tanaka said at the conference, CCS would have to capture all coal emissions and half of gas emissions produced by the power sector by 2050.

According to IEA estimates, CCS costs around $50–80 per tonne of CO2. A carbon tax high enough to offset that cost would probably be unacceptable to petroleum companies, says Lewis.

But lower carbon prices would still have an effect on energy markets. A study earlier this year by the non-profit Union of Concerned Scientists found that, in the United States, a moderate carbon price — starting at $12 per tonne of emissions in 2020, and rising by 10% a year — would boost renewables and push out coal.

“With the costs of renewable energy resources like wind and solar falling dramatically, these resources would also get a big boost from even a modest price on carbon,” says Rachel Cleetus, senior economist with the Union of Concerned Scientists in Cambridge, Massachusetts.

At the same time, this carbon price would lead to “a big spurt in natural-gas use”, says Cleetus. Policies to mandate the use of renewable energy and to improve energy efficiency could diminish that shift toward gas and lead to greater cuts in emissions, she adds.

Many in the petroleum industry see gas and renewable energy as potentially cooperative forces in the effort to reduce carbon emissions. Natural-gas power plants can be turned on and off much more quickly than coal plants, for example, so gas could more easily be used to compensate for power disruptions to solar and wind caused by cloudy or calm days.

But that harmonious coexistence could easily be upset. “What can go wrong in that partnership simply is the advent of batteries,” said Christopher Delbrück, chief executive of E.ON Global Commodities in Düsseldorf, Germany, the trading arm of power company E.ON. Batteries could serve the same role as gas, using stored energy to carry renewable electricity customers through cloudless or windless periods. He points out that on 30 April, for example, Tesla Motors of Palo Alto, California, launched reduced-cost battery systems for homes and industry.

Michael Stoppard, chief gas strategist for analysis firm IHS Energy, agrees that improved batteries could change the outlook. “If battery technology comes along,” says Stoppard, “it is a threat to the role of gas.”