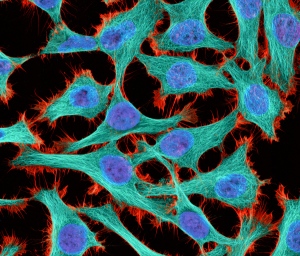 HeLa cells have contributed to work in thousands of research papers but sequencing shows their genome to be full of errors.

The research world’s most famous human cell has had its genome decoded, and it’s a mess. German researchers this week report the genome sequence of the HeLa cell line, which originates from a deadly cervical tumour taken from a patient named Henrietta Lacks.

Established after Lacks died in 1951, HeLa cells were the first human cells to grow well in the laboratory. The cells have contributed to more than 60,000 research papers, the development of a polio vaccine in the 1950s and, most recently, an international effort to characterize the genome, known as ENCODE.

Previous work showed that HeLa cells, like many tumours, have bizarre, error-filled genomes, with one or more extra copies of many chromosomes. To get a closer look at these alterations, a team led by Lars Steinmetz, a geneticist at the European Molecular Biology Laboratory in Heidelberg, Germany, sequenced the popular 'Kyoto' version of the cell line and compared the sequence with that of a reference human genome. The team's results are published in G31.

Steinmetz’s team confirmed that HeLa cells contain one extra version of most chromosomes, with up to five copies of some. Many genes were duplicated even more extensively, with four, five or six copies sometimes present, instead of the usual two.  Furthermore, large segments of chromosome 11 and several other chromosomes were reshuffled like a deck of cards, drastically altering the arrangement of the genes.

Without the genome sequence of Lacks’ healthy cells or that of her original tumour, it is difficult to trace the origin of these alterations. Steinmetz points out that other cervical tumours have massive rearrangements on chromosome 11, so the changes in the HeLa cell may have contributed to Lacks’ tumour. 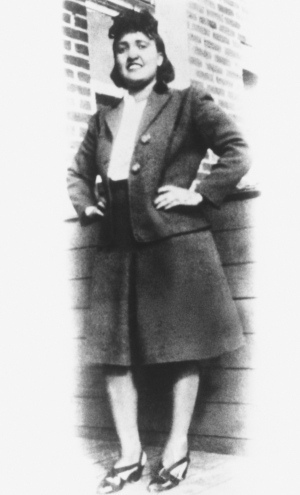 Having been replicating in labs around the world for six decades, HeLa cells have also accrued errors not present in the original tumour DNA. Moreover, not all HeLa cells are identical, and Steinmetz says that it would be interesting to chart the cell’s evolution.

Whatever their origin, the genetic changes raise questions over the widespread use of HeLa cells as models for human cell biology, Steinmetz says. For instance, his team found that around 2000 genes are expressed at levels higher than those of normal human tissues because of the duplications. Alternative cell lines, such as induced pluripotent stem cells generated from patient skin cells, offer a more accurate window on human biology, he says.

Mathew Garnett, a cancer biologist at the Wellcome Trust Sanger Institute near Cambridge, UK, says that HeLa cells could prove useful for studying aspects of the biology of cervical tumours, such as their response to cancer drugs. In recent years, the genomes of many cervical tumours have been sequenced, and so it should be possible to see how these compare with the HeLa genome.

Steinmetz also points out that thousands of research papers based on HeLa cells, along with HeLa resources such as genetically manipulated lines and now a genome, means that labs will continue to stock the cells, even if they are not a perfect model of human biology. “These are not going to go out of fashion over the next 10 years,” he says. "I’m not sure where we’re going to be 20 years from now."