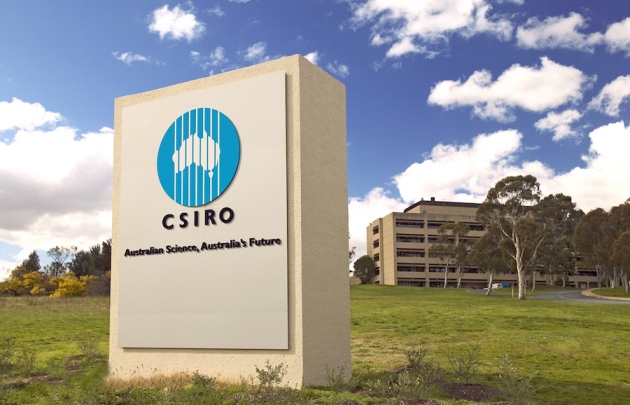 Hundreds of climate researchers at Australia’s national science agency are set to lose their jobs after the organization announced that it would shift its strategy away from basic climate science.

The Commonwealth Scientific and Industrial Research Organisation (CSIRO) employs thousands of scientists across Australia, and has been a leader in climate modelling and ocean observation in the Southern Hemisphere for decades.

But in an e-mail sent to CSIRO staff members this week, chief executive Larry Marshall wrote that he expected the agency to shed up to 350 jobs over the next two years, of which the burden would fall on climate-science areas, including research divisions in the Oceans and Atmosphere and Land and Water units.

Climate models and measurements had now proven the existence of global climate change, Marshall wrote, and the questions for the organization would now be: “What do we do about it” and “how can we find solutions for the climate we will be living with?” A spokesperson for CSIRO said that the cuts from climate-research units were a strategic decision.

“The CSIRO is effectively saying ‘climate science is done and we’re moving on to adaptation and mitigation’,” says John Church, an expert in sea-level rise in the Ocean and Atmosphere unit who has spent 38 years with the organization. "My view is that there is inaccurate and misleading science in that statement — climate science is not done,” he says.

Another senior scientist from the unit, who spoke to Nature on the condition of anonymity, says that 220 jobs will be cut from the two units; the 110 cuts from his unit will draw directly from the roughly 130 scientists (of the unit’s 421 staff) who work on climate science-related activities, he says. “More than 80% [of our climate scientists] will be cut. This is not about myself, it’s about my people and the capability we spent 40 years to build. It will be going overnight.”

Other Australian researchers were quick to condemn the announcement. “This is a disastrous move that will decimate ocean and climate sciences in Australia,” Matthew England, co-director of the University of New South Wales’ Climate-Change Research Centre in Sydney, told the Australian Science Media Centre (SMC) in Adelaide.

Penny Sackett, an astronomer at the Australian National University in Canberra, and a former chief scientist for the country, told the SMC that she was “stunned by reports that CSIRO management no longer thinks measuring and understanding climate change is important, innovative or impactful”.

Andrew Holmes, president of the Australian Academy of Science in Canberra, said in a statement that the CSIRO job losses followed cuts of more than Aus$20 million (US$19 million) to climate and environmental science in the 2014–15 federal budget, and meant that there was "serious concern" about the country's ability to conduct research in the area.

"We call on the government to quickly make alternative arrangements to continue a comprehensive national program of climate research," he said.

Australia’s science and innovation minister, Christopher Pyne, did not respond to Nature’s requests for comment.

The cuts come after a difficult time for CSIRO, which employs more than 5,000 people but dropped 1,300 jobs in the two years up to June 2015, largely because of a 2014 federal budget that cut CSIRO funding by 16%, or roughly Aus$115 million, over four years.

Despite the most recent job losses, a CSIRO spokesperson said, "we expect that after two years, staff numbers will be at the same levels they are now, or higher." But Sam Popovski, the secretary of the CSIRO Staff Association, says that there are doubts that, with flat federal funding for the next three years, CSIRO will be able to keep its staffing levels stable.