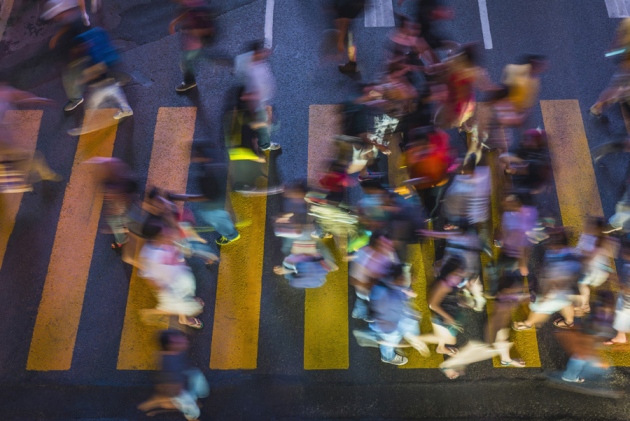 Depression can take many forms, making it hard to tease out genetic links.

No one was more surprised than Jonathan Flint when his project — an effort to find genetic sequences linked to depression — showed the first hint of success 18 months ago. He knew the odds were slim: a study of 9,000 people with major depressive disorder had come up empty1, and Flint had heard rumours that a follow-up analysis of 17,000 people had also met with disappointment. “I thought, ‘There’s no way,’” says the geneticist from the University of Oxford, UK, whose study had by that point analysed only 5,303 people with depression.

Flint has proved himself wrong. In Nature this week, his team reports2 the first two genetic markers reproducibly linked to major depressive disorder, one of the leading causes of disability globally. The findings could guide biologists to new drugs, and could one day be used to aid diagnosis. But many in the field are excited that the markers have been unearthed at all. The results look set to end years of debate over whether sequences for such a complex disorder could be found — and Flint’s study may serve as a framework for future attempts to collect data from tens of thousands of people.

More than 350 million people have depression. The disorder’s symptoms and severity can vary widely from one person to the next, and particularly between men and women. This suggests that different conditions have been lumped together into one diagnosis, complicating genetic analyses.

The few hits from early studies attempting to find genetic sequences linked to depression had disappeared on closer scrutiny, so Flint knew that he would need samples from thousands of people, and a way to reduce the variability in their illness. Flint and Kenneth Kendler, a psychiatrist at Virginia Commonwealth University in Richmond who is renowned for his diagnostic prowess, decided to do the study in China, because of its large population and because depression is believed to be under-diagnosed there. In that climate, Flint reasoned, those who are diagnosed are likely to share a severe form of the disorder. To reduce the variability further, his team also limited the study to women of Han Chinese ethnicity.

By early 2014, Flint, Kendler and a team of collaborators had analysed DNA sequences from 5,303 Chinese women with depression, and another 5,337 controls. As Flint expected, 85% of the depressed women had a severe form of the disorder called melancholia, which robs people of the ability to feel joy. “You can be a doting grandparent and your favourite grandchildren can show up at your door,” says Douglas Levinson, a psychiatrist at Stanford University in California, “and you can’t feel anything.”

The analysis yielded two genetic sequences that seemed to be linked to depression: one in a stretch of DNA that codes for an enzyme whose function is not fully understood, and the other next to the gene SIRT1, which is important for energy-producing cell structures called mitochondria. The correlations were confirmed in another set of more than 3,000 depressed men and women and over 3,000 controls.

The mitochondrial connection chimes with previous work, including some from Flint’s lab3, that has linked mitochondrial abnormalities to depression. “It’s an appealing bit of biology for a disorder that makes people tired and unmotivated,” says Levinson.

But he is most intrigued by the way Flint and his colleagues designed their study. Levinson says that the Psychiatric Genomics Consortium, of which he is a member, has analysed data from 17,000 people with depression without finding a genetic hit, as Flint had heard. In light of Flint’s results, the group, which is made up of researchers who agree to pool genetic data, is now investigating whether limiting the analysis to people with particularly severe depression might change things.

If it does, still more samples will be needed before other genetic links emerge. Levinson expects a series of biobanking efforts in places including the United Kingdom, the Netherlands and Australia to provide tens of thousands of genomes for analysis within the next five years. The hope is that as more genetic links are found, they will flag up groups of proteins known to work together to affect certain cellular functions: these ‘pathways’ could be investigated as drug targets, and for their potential to make diagnosis of depression more definitive.

Flint’s success may energize that search, says Patrick Sullivan, a psychiatric geneticist at the University of North Carolina at Chapel Hill. “We’ve had to learn not to listen a lot to our critics,” he says. “If we listened to people telling us that what we’re doing is stupid, we would have stopped years ago.”