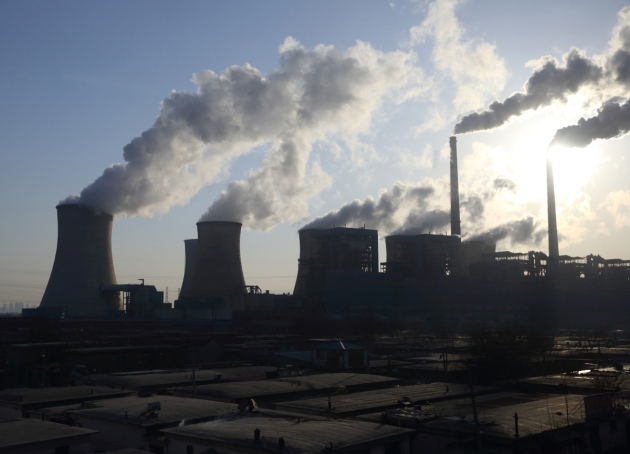 Advocates of geoengineering argue that as emissions keep rising their technology will come into its own.

Attempts to counter global warming by modifying Earth's atmosphere have been thrust into the spotlight following last week's report from the United Nations’ Intergovernmental Panel on Climate Change (IPCC).

Mention of ‘geoengineering’ in the report summary was brief, but it suggests that the controversial area is now firmly on the scientific agenda. Some climate models suggest that geoengineering may even be necessary to keep global temperature rises to below 2 °C above pre-industrial levels.

Most geoengineering technologies generally either reflect sunlight — through artificial ‘clouds’ of stratospheric aerosols, for example — or reduce the amount of greenhouse gases in the atmosphere. The latter approach, described as ‘negative emissions’, involves capturing carbon dioxide with strategies that range from building towers to collect it from the atmosphere to grinding up rocks to react with CO2 and take it out of circulation.

Critics say that the technologies are unproven, will have unforeseen impacts and could distract from attempts to limit emissions of greenhouse gases. But advocates point to language in the summary for policy-makers produced by the IPCC working group that assessed the scientific evidence for climate change as evidence that reducing emissions will not be enough.

The document notes that a “large fraction” of anthropogenic climate change is irreversible except with a “large net removal of CO2 from the atmosphere over a sustained period”. Under some climate models, keeping temperature rise below 2 °C will require negative emissions.

The summary reads: “Methods that aim to deliberately alter the climate system to counter climate change, termed geoengineering, have been proposed. Limited evidence precludes a comprehensive quantitative assessment of both Solar Radiation Management (SRM) and Carbon Dioxide Removal (CDR) and their impact on the climate system.”

Piers Forster, a climate-change researcher at the University of Leeds, UK, and one of the authors of the summary, says: “The policy relevance of the information is that if you do not start mitigating [ie reducing emissions] tomorrow we will have to start to consider these unattractive options.”

At present, only small-scale, pilot geoengineering projects are in operation, including reforestation efforts and capturing carbon from biofuel plants. This is due, in part, to what some scientists say is a baffling dearth of funding for researchers working in the area.

But that may change with the publication of the IPCC report. "To some extent, the treatment of geoengineering in the IPCC reports is a reflection of growing governmental interest in these ideas," says Ken Caldeira, a climate researcher at the Carnegie Institution for Science, in Stanford, California. "It is hard to determine the extent to which possible increases in funding would be driven directly from this governmental interest and how much would be driven by the report itself."

Funding isn't the only concern. “There are serious questions relating to the technical feasibility, social acceptability, scalability and side effects relating to geoengineering techniques. It seems perverse that policy-makers have thus far been content to leave such important questions unanswered,” says Tim Kruger, manager of the geoengineering programme at the University of Oxford, UK, and organizer of last week’s meeting in that city on technologies to remove CO2 from the atmosphere.

Many geoengineering experts complain about the lack of research in the field, and widespread deployment of the technologies seems a distant prospect.

The debate is “at the point where the appropriateness of [research and development] is the issue,” says Robert Socolow, who works on carbon management and sequestration at Princeton University in New Jersey.

Socolow says that the focus now should be understanding how the Earth works, research that will serve two purposes. Studies of Arctic ice, for example, will help researchers to understand how intervention could slow sea-level rise, and work on clouds could contribute to solar-radiation management.

“But first of all we will reduce our collective ignorance about clouds and ice,” he says. “No message comes through from the [summary for policy-makers] more forcefully than how urgent it is to improve Earth-system science.”