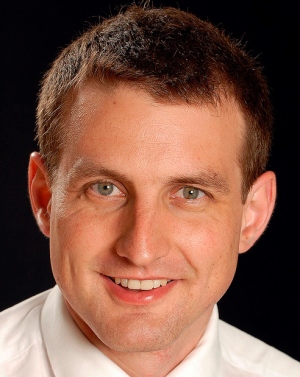 Tim Kruger organized a conference on technologies to extract greenhouse gases from the atmosphere.

The world’s leading advocates — and sceptics — of removing carbon dioxide from the atmosphere to solve global warming gathered this week at the Oxford Conference on Negative Emission Technologies Conference in the United Kingdom.

‘Negative-emission technologies’ are controversial, and have been criticized for their technical challenges and their potential to distract policy-makers from reducing greenhouse-gas emissions.

Tim Kruger, manager of the geoengineering programme at the University of Oxford, organized the conference, where speakers discussed several potential methods for removing carbon dioxide from the air, such as capturing it directly or taking it up by planting new forests or fertilizing oceans with iron to encourage growth of plankton blooms.

Kruger talked with Nature to discuss why he thinks it is time to pay serious attention to negative-emission technologies.

What led to this meeting?

Negative emissions are assumed in those scenarios that achieve a rise in temperature of less than 2 °C. And so they are tacitly assumed in policy and when people are going into climate negotiations saying we need to make these reductions and then we can achieve 2 °C, but more than just reductions in emissions are required. What’s also required are these negative-emission technologies, which frankly haven’t been assessed in nearly enough depth.

It’s not just about whether it can be done technically — although that’s very important. It’s also about looking at the social constraints and trade-offs that occur, as well as the environmental impacts, the energy requirements of these different technologies and the land-use impacts.

What is the current situation with negative-emission technologies?

There are some techniques that have been demonstrated to work at small scale. People are sequestering, in very small quantities, carbon dioxide from biological processes — things such as ethanol plants and pulp mills — and sticking carbon dioxide in the ground. You could term that a carbon-negative process. Whether it could be done at a material scale without serious impact on food availability or biodiversity or strain on land usage is still very much an open question.

We’re so near the beginning in this. There are some people doing little bits of technology here and there, but that is almost a different question from the more policy-relevant one of whether it could be deployed at a material scale without causing countervailing side effects — socially, politically, economically, technically, ethically. We haven’t scratched the surface of those questions yet.

Some at the meeting said that these technologies are not viable without some type of carbon pricing. Do you agree?

Some technologies have co-benefits or potential co-benefits. Something like ‘biochar’, [adding charcoal to soils to trap carbon], might improve soil condition. And so you could sell it on that basis. But you’re not then making revenue from removing carbon dioxide. I feel that the increase in the amount of carbon dioxide and other greenhouse gas in the atmosphere has caused us problems and will cause us problems in the future. And therefore if we want to do something about it we need to pay to clean it up. A price on carbon makes sense.

Most industries understand that if they have a waste stream coming from their businesses they have to clean it up. If they don’t clean it up, then someone else cleans it up and they get the bill. And I don’t see why carbon dioxide should be different.

Why have so many negative-emission technologies struggled to find research funding?

Geoengineering is a very tricky area. It does require an interdisciplinary approach. I think there are also a number of ethical issues in there.

I think there has been a feeling that we shouldn’t be talking about these other techniques, because that’s kind of defeatist, and that if only we sorted mitigation and adaptation we wouldn’t have to worry about this.

But similar sorts of arguments took place in the 1990s, when people were starting to talk about adaptation. “Climate change is happening, we need to do something to adapt,” they would argue. And people who were focused on mitigation said that was defeatist talk. I think we’re seeing a similar evolution of the discussion in this instance.