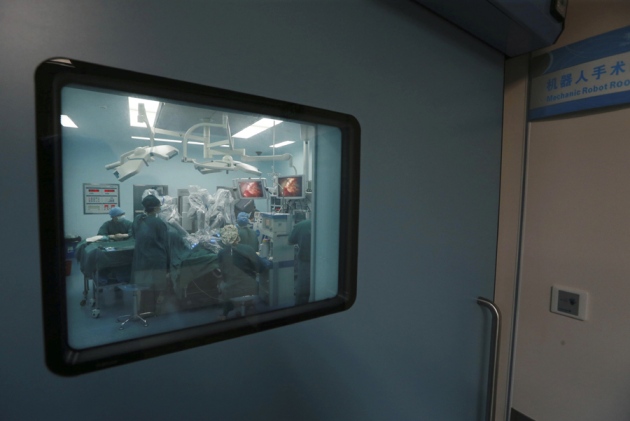 A major push is under way in China to develop new drugs and surgical procedures.

Over the past decade, China has poured money into research, especially in the biomedical sciences. But as the nation’s health-care costs have risen in the past few years, critics have argued that the investment has not paid off. A group of researchers and government officials now hopes to improve those returns with the official opening this month of the National Centre for Translational Medicine in Shanghai. The 1-billion-renminbi (US$163-million) centre, slated to complete construction in 2017, is the first of five institutions meant to bridge the gap between basic research and clinical application by putting researchers, doctors and patients under one roof.

China’s biologists have made impressive progress in fields such as genome sequencing and protein-structure analysis, but have produced little in terms of drugs or other medical products. “Bloggers and others are always complaining that China is just burning money,” says Xiao-Fan Wang, a cancer researcher at Duke University in Durham, North Carolina, and one of the 21 people on the centre’s international consulting committee. Some even ask why China, which has made progress in industry largely by copying other countries, has not succeeded by following the same strategy in the biomedical sciences, says Wang.

Wang says that doctors in China are overworked, often racing through whole days of back-to-back patient visits and procedures. And yet, because most Chinese hospitals are part of universities, the doctors must publish to get promoted. In this competitive environment, they often refuse to share data, but are rarely able to do thorough research themselves. “You can’t expect them to do eight hours of surgery and then jump into a lab coat,” says Wang. The Shanghai centre will change that, he says, by giving clinicians time to focus on research questions.

Saijuan Chen, the centre’s director and a geneticist at Shanghai Jiaotong University, says that the centre began interviews this month to recruit some 50 principal investigators and 12 scientists to direct research in their disciplines. She says that the institution’s focus will be on developing treatments for heart disease, stroke, metabolic diseases and cancer.

The centre’s international consulting committee will help to recruit top talent in these fields. Tak Mak, a committee member and an immunologist at the University of Toronto in Canada, says that the strategy shows a commitment to hiring on the basis of expertise rather than connections. It is “an effort to break out of the old system — which is probably the system in more places than you’d care to know”, he says.

One challenge will be attracting Chinese biomedical researchers who are working abroad. Wang says that China has been able to lure basic-research scientists back to the country with competitive pay. But clinicians in China receive a fraction of the salaries they can get in the United States.

Managing the centre may also be difficult, says committee member Sujuan Ba, chief operating officer of the US National Foundation for Cancer Research in Bethesda, Maryland. The centre’s governing council comprises members from ten government agencies and institutions. “That shows the wide scope of support from China, but it is going to be a huge challenge for the leadership team to balance and to manage each council member’s requisites,” she says. “It is very important for the centre to steer away from bureaucratic red tape and stay focused on its mission and long-term vision of conducting high-impact translational research.”

The 54,000-square-metre site will have 300 beds for patients and study volunteers. It will also run a biobank that will collect hundreds of thousands of patient samples, and an ‘omics’ centre that will conduct high-throughput genome analyses and gather data on proteins and metabolic products.

Haematologist Zhu Chen of Shanghai Jiao Tong University, who is China’s former health minister and chairman of the centre’s scientific advisory board, hopes that the centre will emulate the spirit of St Jude Children’s Research Hospital in Memphis, Tennessee, with its close relationship between clinicians and basic researchers. He also emphasizes the need to make therapeutic trials free: in China, participants are often charged for treatment. Zhu and Saijuan Chen, who are married, led one of the few successful translational research projects in China — treatment of a form of leukaemia using retinoic acid and arsenic trioxide.

The Shanghai centre will eventually have four sister institutions: a geriatrics centre at the People’s Liberation Army general hospital in Beijing, a centre for rare and refractory diseases at the Peking Union Medical College in Beijing, a molecular-medicine research centre at the Fourth Military Medical University in Xian and a regenerative-medicine centre at the West China Hospital in Chengdu.

“These centres are at the historic moment to make a huge impact for China’s drug development,” says Ba. “We should be able to see the signs of success in five years, if not earlier.”