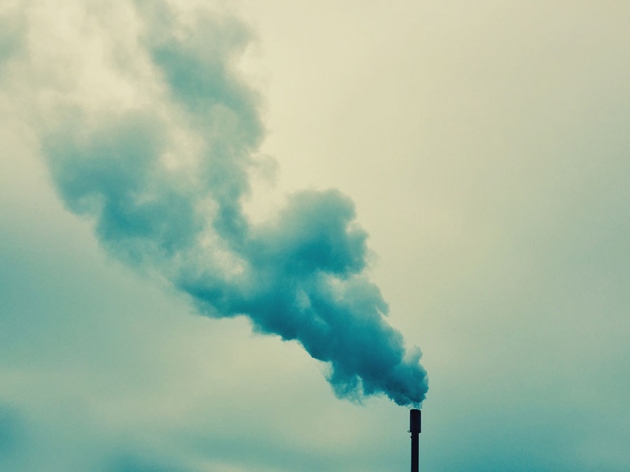 Production of trifluoromethane (HFC-23) and sulfur hexafluoride (SF6) increased at some Russian factories after a carbon-credit scheme was introduced.

Factories in Russia increased their production of industrial waste products and then claimed millions of carbon credits for destroying them after an international trading scheme went into effect.

Carbon credits grant nations the right to emit gases that contribute to global warming. They are traded internationally on carbon markets such as the European Union's Emissions Trading Scheme, and their monetary value is determined by how much buyers are willing to pay for them.

Developed nations are able to earn carbon credits by investing in emissions-reduction projects under a scheme called Joint Implementation (JI), agreed under the 1997 Kyoto Protocol. For the potent greenhouse gases trifluoromethane (HFC-23) and sulfur hexafluoride (SF6), the value of the credits obtained can exceed the cost of destroying these gases in the production process, creating a 'perverse' incentive to increase production so that credits can be claimed.

“Because of the high global-warming potential [of these gases], you get thousands of credits for every tonne destroyed,” says paper co-author Lambert Schneider, an independent carbon-market specialist based in Berlin. “So these projects are particularly vulnerable to perverse incentives.”

Schneider and co-author Anja Kollmuss found that generation of waste HFC-23 and SF6 gases increased dramatically between 2008, when crediting began, and 2013 at the KCKK Polymer plant in the Kirov region and at the HaloPolymer Perm plant in Lasvinskaya. The plants produce these chemicals as waste in the production of the refrigerant chlorodifluoromethane, known as HCFC-22, and of non-waste SF6, which is used electrical components. Crucially, the increase in waste was not tied to a corresponding increase in the amount of useful product being made at these plants.

At HaloPolymer Perm, for instance, waste SF6 was produced at 16.9% the rate of useful SF6 between 2008 and 2010 — much greater than the 2% produced by the plant before it could earn credits.

Schneider estimates that between 28 million and 33 million extra credits were issued to these Russian plants. In 2008, these credits were worth more than €20 (US$23) each, however the value has now fallen to less than €1.

Although a supervisory committee exists to monitor and prevent abuses of the scheme, it is up to nations hosting JI projects to decide to request their assistance. According to Schneider, only 3% of JI credits awarded so far have come from projects that have received such oversight. “In my view, it is a loophole in the rules of the Kyoto Protocol,” says Schneider.

This is not the first time that such a system has come under scrutiny. A larger scheme called the Clean Development Mechanism (CDM), which enables carbon-credit projects in developing countries, attracted strong criticism in 2011 for allowing controversial practices to take place.

“This whole story makes a lot of sense to me,” says Michael Wara, an environmental-law researcher at Stanford Law School in California. “It happened in the CDM, and now they’ve shown that it’s happening with the JI programme. That’s not at all surprising given all the incentives.”

The findings come as international governments prepare to debate emissions targets and schemes as part of a new climate-change agreement at a United Nations summit in Paris this December.

“It’s really important that countries have ambitious climate targets in the new Paris agreement,” says Schneider. “If you have ambitious targets and you give away credits where no reductions are really occurring, you’d have to make up the difference somewhere else.”

Wara, however, says that it may be time to give up on carbon markets altogether. “The system didn’t really work very well,” he says. “People respond to incentives, ultimately, and this is an incentive that was created by the design of the system.”

This story originally identified Schneider as an employee of the Stockholm Environment Institute. Although he is affiliated with the institute he is not an employee.