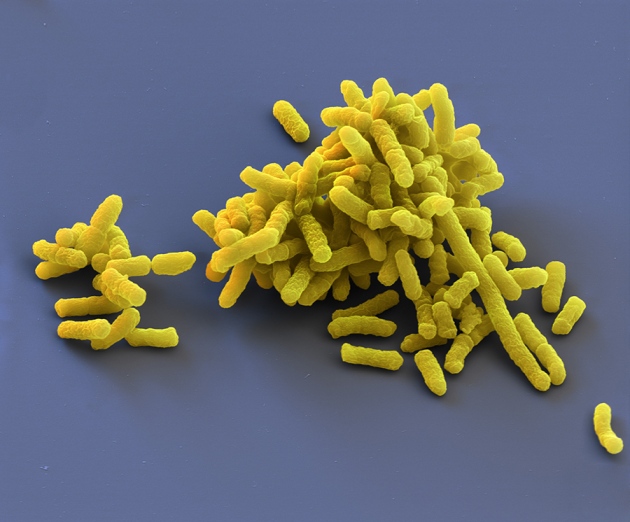 Researchers are struggling to overcome antibiotic-resistant bacteria such as Klebsiella pneumoniae (pictured).

Antibiotics researchers are set to receive hundreds of millions of dollars from a new funding stream — but not everyone thinks the cash is being directed to the right place.

The money is to come from CARB-X, a public–private partnership announced on 28 July. It is backed mainly by the US government, the London-based biomedical charity the Wellcome Trust and the UK R&D Centre for Antimicrobial Resistance (AMR Centre)s in Alderley Park, a consortium that includes public universities and private firms.

Over the next 5 years, the partnership hopes to mobilize at least US$350 million to look for ways to overcome bacteria that are resistant to many common antibiotics. However, it’s unclear whether all the promised money will be raised: the US contribution is anticipated to be $250 million over the 5 years, but that will depend on annual congressional approval.

Biotechnology firms welcome the initiative, which aims to accelerate the development of more than 20 antibacterial drugs, vaccines and diagnostics — for example, by tweaking the chemistry of promising molecules to make them more effective or safer.

But some academic researchers worry that CARB-X — which stands for the Combating Antibiotic Resistant Bacteria Biopharmaceutical Accelerator — fails to appreciate that one of the main barriers to finding new antibiotics is a lack of promising molecules in the first place.

“I have mixed feelings about this,” says Kim Lewis, an antibiotics researcher at Northeastern University in Boston, Massachusetts. “If more money is going into the general area of antibiotics, that’s a good thing. But I’m really surprised that we are getting another influx of funds into development rather than into discovery.”

The main problem, says Lewis, is the lack of compounds that can punch through the outer membranes of ‘gram-negative’ super-microbes such as Escherichia coli and Klebsiella pneumoniae1, 2. Researchers need to work out how to systematically make or find compounds that can slip through bacterial protective barriers, he says.

Kevin Outterson, CARB-X’s executive director and a health-law specialist at the Boston University School of Law, agrees that this is a legitimate concern. But he argues that it is a basic research question that falls under the purview of other funders, such as the US National Institute of Allergy and Infectious Diseases. “We see ourselves helping to move projects from a university lab towards clinical trials,” he says.

Outterson expects the bulk of CARB-X’s resources to go to start-up companies spun off from university labs, but he hopes that the funding will bolster the entire antibiotic ecosystem. It will support preclinical research projects around the world.

Ankit Mahadevia, chief executive of Spero Therapeutics in Cambridge, Massachusetts, applauds this mission. “As much as we need new ideas, we also need to advance the ideas that are pretty good but for which there just hasn’t been enough capital or courage to advance into the clinic,” he says.

CARB-X is one of several ventures in recent years — such as the European Union’s NewDrugs4BadBugs initiative, launched in 2012 — that has helped to make the regulatory and investment environment for antibiotics look better than ever, says Mahadevia. “Folks are excited about the field for the first time in a long time.”

He's encouraged by recent calls for incentives that could change how drug developers get paid for antibiotics. New antibiotics will need to be reserved for rare cases, to delay the emergence of resistance, so drug firms can’t expect big sales for such products. A UK-government-commissioned report published in May suggests various ways to encourage firms to run risky and expensive drug-development projects, including “market entry rewards” of up to $1.3 billion for companies that successfully produce new antibiotics.

Such incentives can’t come soon enough, says Outterson. “While our programme can move good products into the pipeline, at the end of the day, drug developers need to be able to sell antibiotics as well.”