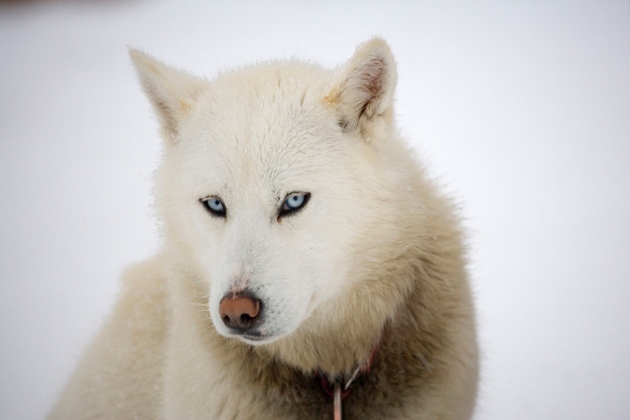 Understanding the origin of dogs can help researchers understand human history as well.

Wolves gave rise to dogs not once, but twice, suggests a study published today in Science1. The findings, based on genetic analyses of ancient and modern dogs and wolves, add a new twist to the long-standing debate over the domestic canine’s origins.

Previous studies of dog DNA suggested that the animals were domesticated once, at least 10,000 years ago, and perhaps as long as 40,000 years ago — but they disagree over whether that happened in central or East Asia or in Europe2–5. The latest study is the most comprehensive analysis yet of ancient dog genomes.

“The motivation of this study was to understand when and where dogs came first,” says co-author Laurent Frantz, an evolutionary geneticist at the University of Oxford, UK.

Frantz and his colleagues decoded the mitochondrial DNA sequences of 59 ancient European dogs that lived between 3,000 and 14,000 years ago. The team also sequenced the complete genome of a 4,800-year-old dog found in the graves of a human settlement called Newgrange in Ireland. Then the scientists compared these ancient genomes with those of hundreds of wolves and modern dogs — including mutts and 48 breeds from Samoyeds to Shar Peis — in Western Eurasia and East Asia.

The researchers' phylogenetic analysis — an attempt to reconstruct the dog's family tree — revealed two splits in the dog sequences. As the researchers expected, the most recent separated the modern Saarloos wolfdog from other breeds. The Saarloos was created in the Netherlands in the 1930s by breeding German Shepherds with captive wolves.

More intruiging was an earlier split that separated dogs from East Asia and Western Eurasia, roughly 14,000 to 6,400 years ago. This divergence is several millennia after the first known appearance of dogs in Europe and East Asia, the authors say. Modern breeds such as huskies and Greenland sledge dogs have ancestors from both regions.

The scientists hypothesize that this split is due to two cases of domestication from distinct wolf populations. “It’s not conclusive yet, we need some more information,” says Frantz. “But the combination of genetics and archaeology is pointing toward a dual origin of domestic dogs.”

One argument to bolster the team’s hypothesis is a lack of archaeological evidence for ancient dogs in between Western Eurasia and East Asia. It’s possible that dogs came with people from Asia to Europe, and that those dogs outcompeted and partially replaced the more ancient species, says Frantz.

Adam Boyko, a geneticist at Cornell University College of Veterinary Medicine in Ithaca, New York, is not convinced that the dog is an example of dual domestication, but says that it is “an intriguing hypothesis”. To test the theory, he says that scientists would need to gather and sequence more DNA from early dogs, such as the Newgrange specimen.

As scientists continue to sequence ancient genomes, they hope to resolve the origin of dogs. The Newgrange specimen provides another data point for future genetic studies, says Pontus Skoglund, a geneticist at Harvard Medical School in Boston, Massachusetts. “It’s going to be an exciting time going forward,” he adds.

He notes that learning more about the evolution of the modern dog also provides a window into humans' past. Before they had farms and settled agriculture, people had dogs. “It’s interesting because it’s one of the first major human cultural innovations,” says Skoglund. “It tells us something about the cultural capacity of early humans.”