Incredible discoveries in 2014 arose from researchers' relentless pursuit of answers about the world. From the far reaches of space to the depths of the oceans, Nature's selection of this year's most striking images document both natural disasters and technological wonders.

Dawn and dusk in Iceland turned blood red earlier this year as volcanic pollution filled the skies. The Holuhraun fissure — near the erupting Bárðarbunga volcano — belched out thousands of tonnes of sulphur dioxide every day, surprising scientists who were expecting ashy expulsions similar to the Eyjafjallajökull eruption in 2010. 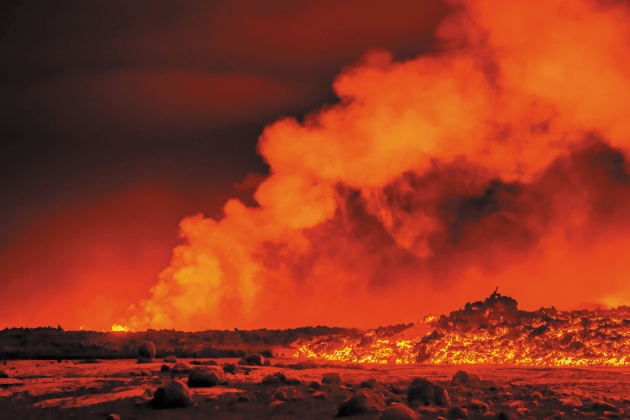 Jupiter's moon Europa, as it would look to human eyes. NASA reprocessed a series of images taken by the Galileo space probe in the late 1990s, adjusting the colours to create this realistic, high-resolution view of the moon's icy terrain. 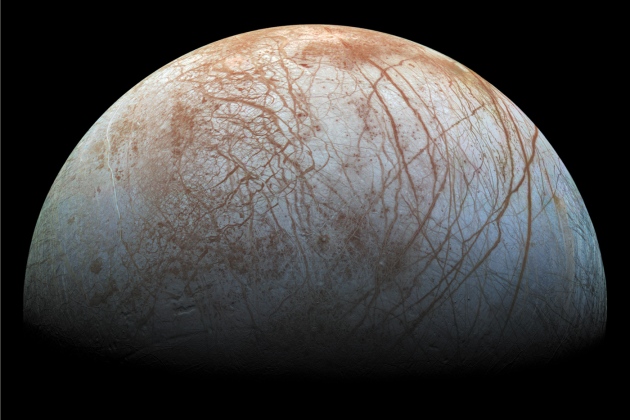 Mount Ontake, an active volcano some 200 kilometres west of Tokyo, has long been a popular tourist destination in Japan. Despite careful monitoring by scientists, an eruption on 27 September caught many off guard, spraying ash and debris over the surrounding region and killing more than 50 people. Rescue teams battled thick ash to search for survivors in remote lodges near the mountain's peak. 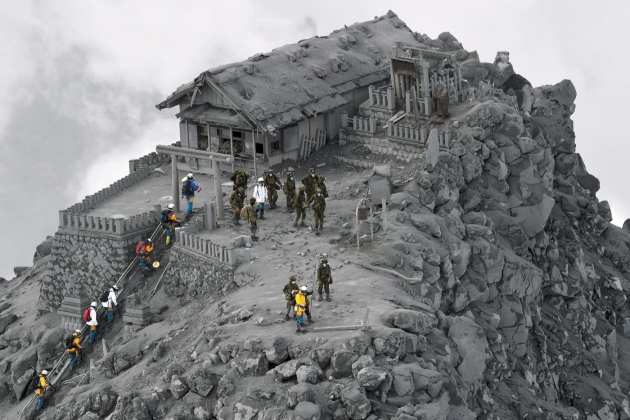 Tentacles coiled in a pose never seen before, this ‘dumbo octopus’ of the genus Grimpoteuthis was captured on camera in April in the Gulf of Mexico. Researchers on the US vessel Okeanos Explorer got this rare glimpse of the creature by piloting a remote-controlled submersible to a depth of some 2,000 metres. 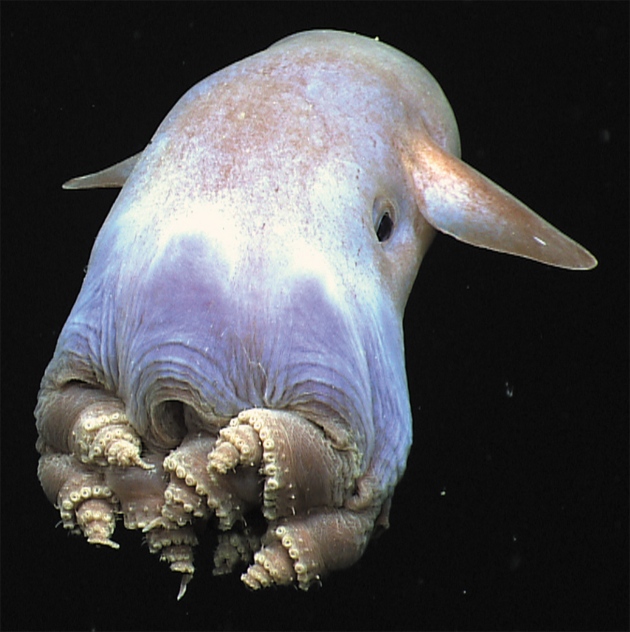 The world was on tenterhooks in November as the European Space Agency’s Rosetta spacecraft attempted to put the Philae lander on the surface of comet 67P/Churyumov–Gerasimenko. Before successfully completing the tricky manoeuvre, Philae sent back this picture of itself closing in on its target as they both moved through space at more than 50,000 kilometres per hour. 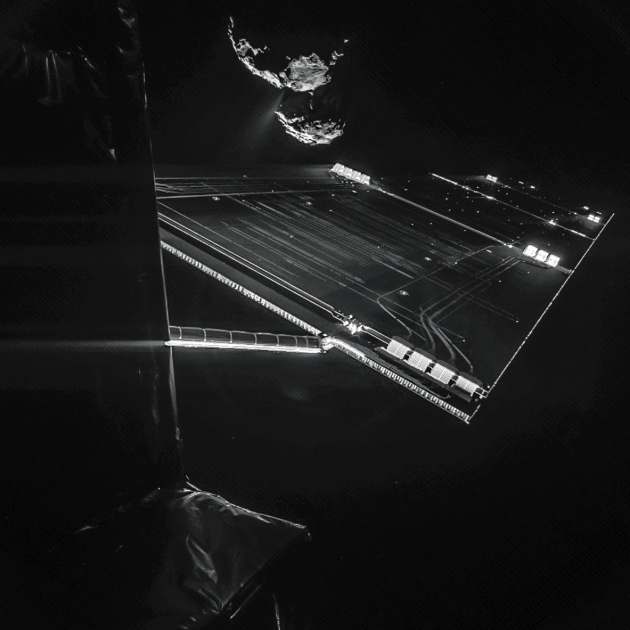 The 12,000-year-old skull of a teenager from Mexico sits on a rotating platform, enabling divers to take a three-dimensional scan of the remains. Found deep inside submerged caves in Mexico’s Yucatán Peninsula, the skull is part of a remarkable collection of ancient bones that are helping to shed light on how humans spread across the Americas. Difficulties in removing the remains meant that divers had to analyse them in situ. 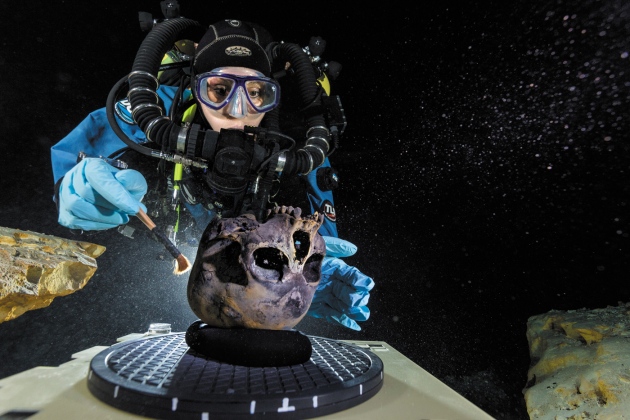 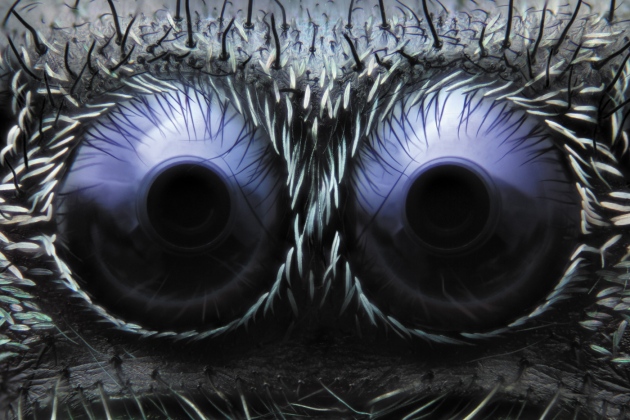 Why scan bodies if you can just make tissue transparent? This mouse has been rendered see-through by a team in Japan using a chemical cocktail and computational imaging, one of a growing number of methods that reveal organs without dissection. 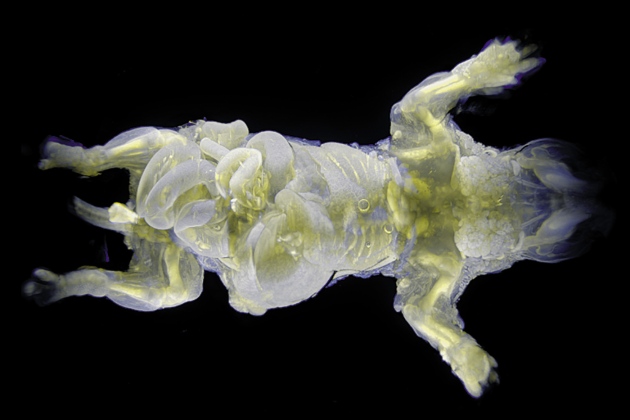 It remains unclear why Japanese artist Azuma Makoto attached a bonsai tree to a balloon and launched it into the upper layers of the atmosphere. But the result of his ‘Exobiotanica’ project, which has now sent numerous plants into space, was a series of beautiful pictures like this one. 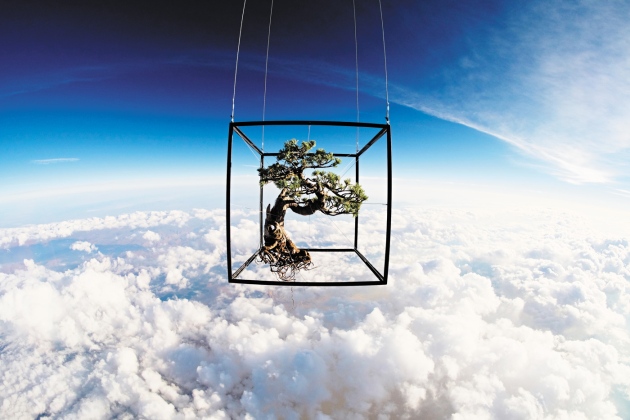 These picolitre-sized silicone-oil droplets were snapped by researchers at the University of Twente in the Netherlands. Lighting up the droplets with 8-nanosecond-long laser pulses, the team took images 600 nanoseconds apart to capture how the falling droplets formed.

The eerie green glow in this image from Emas National Park in Brazil emanates from the bioluminescence of click-beetle larvae living on a termite mound — and from the flight paths of adult beetles. Photographer Ary Bassous’s long exposure made him the winner in the invertebrates category of this year’s Wildlife Photographer of the Year competition, run by London's Natural History Museum and BBC Worldwide. 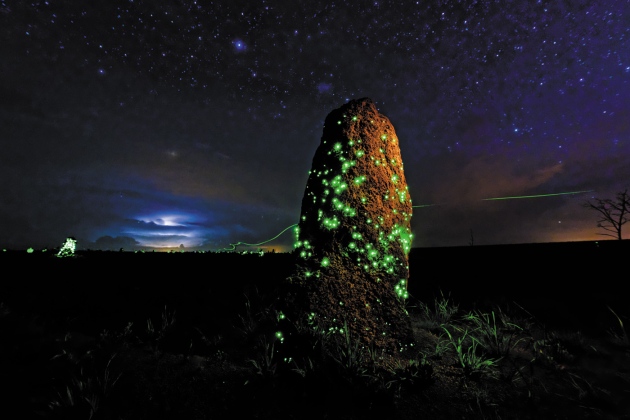 Ary Bassous/Wildlife Photographer of the Year 2014