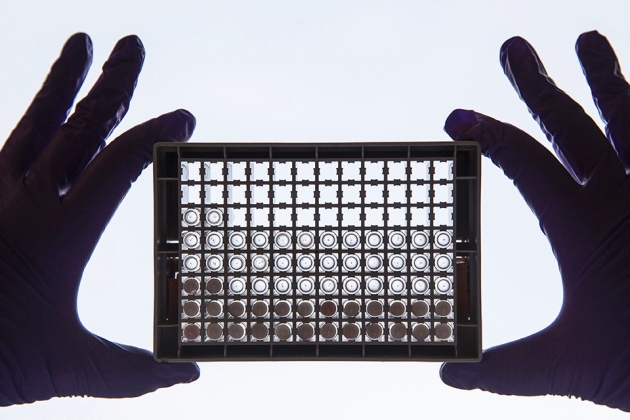 New rules on reporting the results of clinical trials should bring more transparency to the process.

The disappointing results of clinical trials will no longer be able to languish unpublished, thanks to rules released on 16 September by the US Department of Health and Human Services (HHS) and the US National Institutes of Health (NIH).

The long-awaited changes to the HHS clinical-trial disclosure laws requires, for the first time, that researchers report the design and results of all clinical trials and empowers the government to enforce penalties for those that do not comply. The NIH rules apply only to work done through agency grants, and include stricter reporting requirements for phase I trials. If institutions don’t follow the rules, the NIH could withdraw their funding.

“I think a lot of major universities just miss the point that if you do an experiment on a person and get consent, you really have the obligation to make the results known,” says Robert Califf, head of the US Food and Drug Administration (FDA). “This is fundamentally an ethical issue.”

Both sets of rules are intended to crack down on the large number of clinical trials that are conducted but never reported. They go into effect on 18 January, and researchers will have 90 days to comply.

Under a 2007 law, researchers conducting trials with human subjects had to register their study with an HHS website called ClinicalTrials.gov before they started their work. The site, which has more than 225,000 entries, is the largest such repository in the world. At the time, researchers had to include information about their methods and results, but there were so many exceptions and loopholes — such as trials that obtained FDA approval for their therapies could register after the fact — the law was hard to enforce.

That ambiguity allowed researchers to avoid reporting all their trials, particularly those that returned negative results. A 2014 analysis found that 4 years after 400 randomly selected trials finished, 30% of them hadn't published their results1.

Most trials that fail in the early stages are never published at all, says Christopher Gill, a health researcher at Boston University in Massachusetts. This can bias the literature and obscure important information on whether an experimental therapy is harmful. “From the perspective of consumers and science, failures are as important as successes,” Gill says.

Under the new rule, trials must be registered on ClinicalTrials.gov within 21 days of enrolling their first patient — researchers can no longer wait for the results of their trails to report their data. “That’s a huge breakthrough,” says Kay Dickersin, director of the Center for Clinical Trials and Evidence Synthesis at Johns Hopkins Bloomberg School of Public Health in Baltimore, Maryland.

The NIH’s companion rule includes a requirement that NIH-funded researchers register phase I trials: these typically include small numbers of healthy volunteers and test a therapy’s safety instead of its efficacy. They also include trials that do not involve a FDA-regulated product, such as behavioural interventions.

Other changes include requirements that scientists report details on how they plan to conduct their trials, outline the statistics they will use to analyse the results and reveal any changes that they make to the protocol over the course of the study.

This should help to address a problem known as ‘p-hacking’, in which researchers analyse their data in multiple ways and report only the method that returns positive results. Researchers will also now be required to report the race and ethnicity of participants.

The final HHS rules will give regulators a greater ability to enforce existing regulations, because many studies of drugs that are eventually licensed are still not reported, says bioethicist Jennifer Miller of New York University’s Langone Medical Center. Her analysis of all drugs sponsored by large pharma companies, and approved by the FDA in 2012, showed that almost half had undergone phase II or III trials that were never reported2. “You need a clear law so you can have clear compliance,” she says, and expects that the new rule will go a long way towards achieving this.

“I’m really happy about a whole lot of things made clear now almost 10 years after [the FDAAA],” Dickersin says. “We had to wait a while but this is great.”