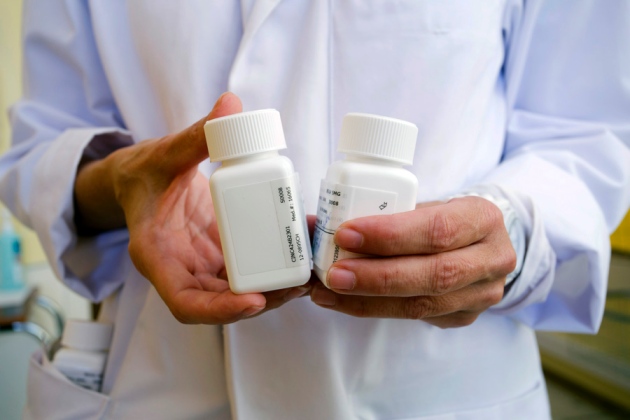 Clinical trials — which usually compare the effectiveness of medical treatments to placebos — often get published in peer-reviewed journals only if they gave favourable results.

The results of clinical trials are going unpublished as much as half the time, and those that are published omit some key details, a study has found1.

US law requires the results of medical research for drugs approved by the US Food and Drug Administration to be submitted to a database called ClinicalTrials.gov. Results, including adverse effects, have been made public there since 2008. Researchers who do not post results within a year of trial completion risk losing grants and can be fined as much as US$10,000 per day. But the database was never meant to replace journal publications, which often contain longer descriptions of methods and results and are the basis for big reviews of research on a given drug.

In an analysis of 600 trials picked at random from the database, Agnes Dechartres, an epidemiologist at Paris Descartes University, and her colleagues have now found that only 50% had made their way into print. “Non-publication is a crucial problem for all stakeholders, from patients to health policy-makers,” says Dechartres. For one thing, she says, failure to publish results in journals breeches the implied contract with patients who participated in the trials. “If results are not [fully] available, we can consider that research wasted,” she says.

For those trials that were also published in journals, complete reporting of negative side effects of the drugs — rather than just mentioning common events, for example — occurred 73% of the time in the trials database but only 45% of the time in the publications. Serious adverse events were mentioned in 99% of trials on the database but in only 71% of corresponding articles. Complete reporting of the efficacy of the drugs went from 79% in the trials database to 69% in the matching papers. Overall, the research was “more clearly and completely reported at ClinicalTrials.gov than in the published article,” says Dechartres. The team’s results are published today in PLoS Medicine1.

There are some legitimate reasons for results not to be published for several years after the conclusion of a trial — they could have been submitted to journals and rejected, for example. And researchers have found that negative results, where a drug didn’t seem to work better than a placebo, are less likely to be submitted or accepted for publication than positive ones2. Such omissions create a bias in the scientific record.

Some worry that the pharmaceutical industry, in particular, might be hesitant to publish negative results, but the latest study did not find evidence for that: The published studies were as likely to have been industry-funded as were the unpublished ones.

The study adds to a series of papers looking at publication trends. In 2011, researchers found that only 78 of 150 studies in the registry had associated papers within two years3. And earlier this year, Christopher Jones, a physician at Cooper Medical School of Rowan University in Camden, New Jersey, found no results published in journals for 29% of nearly 600 trials registered on ClinicalTrials.gov4.

Filling in the holes

The latest results are disturbing, says Jones. “The disparity in publication rates between efficacy results and adverse events is particularly striking, as clearly both pieces of information are needed in order to allow clinicians to judge the risks and benefits of a given intervention,” he says.

The paper also hammers home the importance of ClinicalTrials.gov in keeping a good record of all this information, says Jones. There are, however, a few loopholes in that database, he says — phase I trials don’t have to be reported, nor do trials performed entirely outside the United States. A bill introduced in US Congress earlier this year should, if passed, help to close some of those gaps.

There are other registries, such as the World Health Organization’s International Clinical Trials Registry Platform, which includes data from ClinicalTrials.gov and more than a dozen other databases. But the US registry is by far the largest.