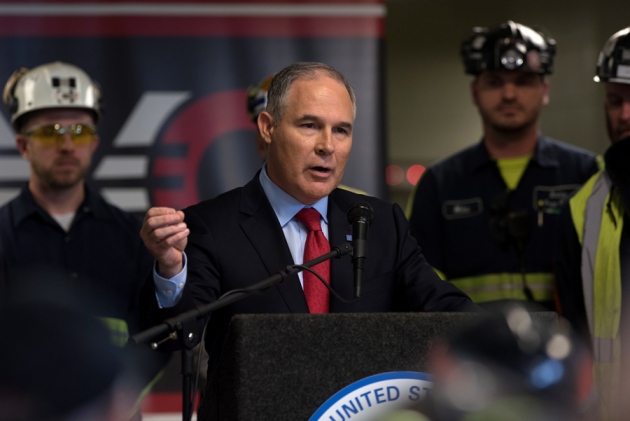 The US Environmental Protection Agency (EPA) surprised many people in 2015 when it announced its scientists had found hydraulic fracturing for natural gas had no “widespread, systemic impacts” on the nation’s drinking water. Some independent studies had shown the opposite.

The EPA’s 47-member Science Advisory Board (SAB) — a panel of outside experts, mostly academics — studied the report’s evidence and found it did not justify that rosy conclusion. As complaints mounted, the EPA changed the words, saying the language was not “quantitatively supported” and “did not clearly communicate the findings of the report”. It turned out the phrases about little water impact had been added after a meeting at the White House with officials from the administration of President Barack Obama, which strongly backed the natural gas industry.

Keeping agency science in line with the evidence is the principal job of this advisory group and hundreds of similar boards across the federal government. But this month, under President Donald Trump, that is changing. Administration officials began acting to reconfigure several boards to make them friendlier to industry, driven by the belief that current board scientists are too beholden to regulatory agencies. The EPA dismissed half of the 18 members of its Board of Scientific Counselors (BOSC). Members typically serve two three-year terms but these people had only served one. EPA administrator Scott Pruitt “believes we should have people on this board who understand the impact of regulations on the regulated community”, spokesman J. P. Freire told The New York Times. For the larger SAB, Trump’s proposed budget cuts its operating funds by 84%. In addition, the Department of the Interior announced last week it was reviewing the scope of 200 of its own advisory committees.

More members from “the regulated community” — chemical and energy companies and manufacturers — could prevent the committees from spotting problems such as the fracking report, says Robert Richardson, an ecological economist at Michigan State University in East Lansing who was one of the BOSC members let go. Or industry members could paralyze the boards, observers say, preventing them from making any decisions.

Steven Milloy, who advised the Trump transition team at EPA, says he would like to see all boards “flushed and restocked” with new people. In addition to the nine cut BOSC members, four others retired after two terms. Eight of the departing group are university professors, three work for government agencies or laboratories, one works for a scientific foundation and one for an engineering consulting company. Until new members are appointed, the White House’s strategy for the board will not be entirely clear. But the EPA and other agencies have already launched aggressive efforts to roll back regulations and marginalize disciplines such as climate science.

Even if new members do not swing the entire board in an anti-regulatory direction, they could simply prevent action, says Wendy Wagner, a professor at the University of Texas at Austin School of Law and co-author of the book Bending Science: How Special Interests Corrupt Public Health Research (Harvard University Press, 2012). Boards operate by consensus, debating scientific evidence and coming to agreement. “If the deck is stacked, and you have people appointed to represent certain views, it could just mean they end up blabbing at each other and nothing happens,” Wagner says.

Milloy, a longtime critic of environmental and health regulations who founded the website JunkScience.com, argues university scientists on the boards are just as compromised as any industry representative. He and other conservatives say receiving research grant money from the EPA is a corrupting influence. This is also the position taken by Representative Lamar Smith (Republican, Texas), chair of the House of Representatives Committee on Science, Space and Technology, who this spring sponsored a bill disqualifying EPA grant recipients from serving on advisory committees. Although EPA ethics rules already prohibit scientists with current agency grants from being on these committees, even former grant recipients are pawns for the agency, Milloy and Smith claim.

But no study has shown receiving EPA grants systematically influences scientists to produce skewed results, says Wagner, who has studied the academic literature on research and conflicts of interest. More generally, she and others note that although no organization is free of institutional biases, the EPA’s scientific grant programs are rigorous and respected throughout the scientific community. Industry-funded research, meanwhile, has been used to deny dangers of well-established risks such as smoking and climate change. The conservative complaint about EPA science, Wagner says, “has an Alice in Wonderland upside-down quality to it”.

Legally, there is nothing to stop the Trump administration from appointing anybody it likes to agency science boards. The Federal Advisory Committee Act (FACA), which governs most of them, does not spell out qualifications for membership. (Some committees such as the EPA’s Clean Air Scientific Advisory Committee are governed by their own statutes with stricter service rules.) “All FACA says is you need ‘balanced representation'. It says nothing about conflicts of interest or scientific integrity,” Wagner says. “If you wanted science advisory boards stripped down, with minimal constraints, anything goes, legally you could do that.”

Practically speaking, though, it is not that simple. The EPA ethics rules that bar scientists with grants from serving on these committees also prohibit panel members from industry from working on issues affecting their companies, says the current chair of the BOSC, Deborah Swackhamer, a professor of science, technology and public policy at the University of Minnesota in Minneapolis. That is because “if there is a conflict of interest about your employer being a regulated entity like a chemical company, then it will be harder for the board to be considered independent if it is talking about the toxicity of chemicals,” Swackhamer says. The rules have made it difficult to recruit board members from industry, she adds, and that explains the prevalence of university members. According to Wagner, it is unclear whether these conflict of interest rules can be easily eliminated, amended or ignored.

Given the obstacles, a broad effort to stack advisory boards with industry representatives could simply go nowhere, says Granger Morgan, a professor of engineering and public policy at Carnegie Mellon University in Pittsburgh, Pennsylvania. Morgan is a former SAB member who was targeted for removal at the beginning of the Reagan administration in a move to make it more industry-friendly, mirroring the Trump efforts today. Morgan ultimately stayed on. “The reality was, nothing much happened,” he says. “The SAB didn’t meet much…. They [Reagan officials] just didn’t ask for advice.” The controversy in creating more industry-friendly boards may make Trump appointees hesitate, he says.

Andrew Rosenberg, a marine scientist and director of the Center for Science and Democracy at the Union of Concerned Scientists in Cambridge, Massachusetts, is more pessimistic. The EPA moves to dismiss board members may make good potential candidates think twice about joining, he says. “You’re telling high-level, really accomplished scientists: ‘We don’t want you. We don’t want to hear from you.’ Well, why waste your time?”