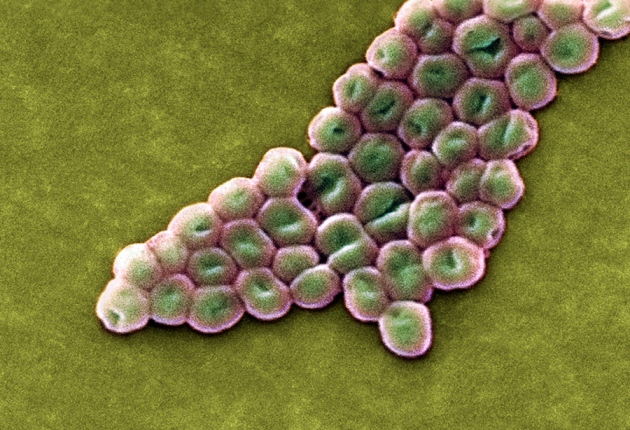 The World Health Organization (WHO) has for the first time released a list of drug-resistant bacteria that pose the greatest threat to human health — and for which new antibiotics are desperately needed. The agency's aim in listing these 'priority pathogens' is to steer funds towards development of the most crucial antimicrobials. Researchers say the list is a useful reminder of the danger of bacteria that are becoming resistant to antibiotics.

The list ranks 12 bacteria or bacterial families and is topped by carbapenem-resistant Acinetobacter baumannii. This obscure bacterium causes a severe infection for which almost no treatments exist, and mainly affects people who are already critically ill. (It is resistant to carbapenem antibiotics, a ‘last resort’ antibiotic used only when all other treatments have failed.) The ranking also includes well-known bacteria, such as those that cause pneumonia and gonorrhoea (see 'Threat list').

Antibiotic resistance kills an estimated 700,000 people each year worldwide, and some experts predict that number to reach 10 million by 2050 if efforts are not made to curtail resistance or develop new antibiotics. Despite an urgent need for these drugs, the once-robust development pipeline for antibiotics now produces little more than a trickle of compounds. As of September 2016, about 40 new antibiotics were in clinical development for the US market, compared with hundreds of cancer drugs.

ESBL, extended-spectrum β-lactamase. Bacteria that produce this enzyme are resistant to certain classes of antibiotics.

Many pharmaceutical companies see antibiotics as a losing proposition. “Most infections are still sensitive to existing drugs,” says Allan Coukell, who oversees an antibiotic-resistance initiative at the Pew Charitable Trusts in Washington DC. “And if you have a new antibiotic, you do really want to hold it in reserve for those resistant infections.” That means the market for new antibiotics is relatively small, and companies might not sell enough of the medicine to recoup their costs.

To create the list, a small team comprising WHO experts and researchers in the Division of Infectious Diseases at the University of Tübingen, Germany, used pre-existing catalogues as a starting point, including a 2013 list from the US Centers for Disease Control and Prevention and a 2016 Canadian version. The team considered factors such as the pathogens’ deadliness, their level of resistance and how easily they spread.

They excluded microbes that can be addressed effectively by other measures, such as good sanitation or vaccination. That gave them a list of 20 bacteria from 12 families. To rank them, the team handed data on each to 70 experts from around the world — but they did not provide the pathogens' names, in an effort to avoid bias.

Coukell says the WHO’s list is useful, but it doesn’t mean that drug developers are going to start at the top and work their way down. Antibiotic development poses scientific and economic challenges, and in terms of drug discovery, “the low-hanging fruit has been plucked”, says Brad Spellberg, an infectious-disease specialist at the Keck School of Medicine at the University of Southern California, Los Angeles.

Gram-negative bacteria, which take the top three spots on the WHO list, pose a particular challenge. These microbes have a double cell membrane, which makes it difficult for drugs to gain entry in high enough concentrations to kill them off. We need to work out how we can get compounds to breach that barrier, says Kim Lewis, a biochemist at Northeastern University in Boston, Massachusetts.

On the financial side, several new initiatives aim to make antibiotic development more appealing. The US 21st Century Cures Act, signed into law in December 2016, includes a streamlined approval pathway for antibiotics that treat life-threatening infections. Last year also saw the launch of CARB-X, a public–private partnership funded by the United States and the United Kingdom that aims to stimulate preclinical development of new antibiotics.

Incentives such as these might help to spark activity, but Michael Gilmore, director of Harvard Medical School’s Infectious Disease Institute in Boston, worries that any system that relies on profit-driven drug companies to develop new antibiotics is doomed to fail. “The bottom line is that the economic model doesn’t work,” Gilmore says.