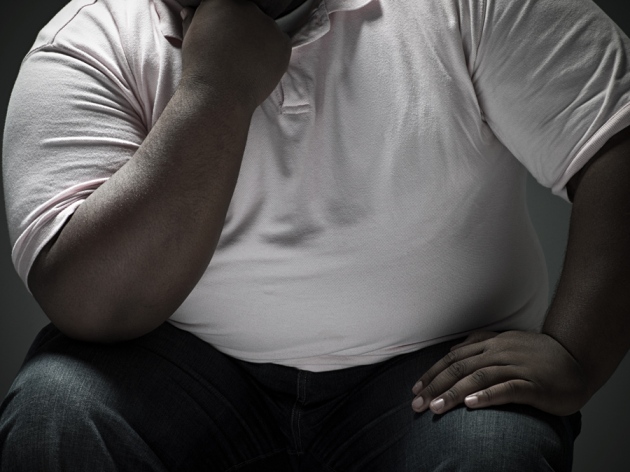 Obesity may be related to the gene IRX3, which is highly expressed in an area of the brain that regulates feeding behaviour.

Scientists studying what they thought was a ‘fat gene’ seem to have been looking in the wrong place, according to research published today in Nature1. It suggests instead that the real culprit is another gene that the suspected obesity gene interacts with.

In 2007, several genome studies identified mutations in a gene called FTO that were strongly associated with an increased risk of obesity and type 2 diabetes in humans. Subsequent studies in mice showed a link between the gene and body mass. So researchers, including Marcelo Nóbrega, a geneticist at the University of Chicago, thought that they had found a promising candidate for a gene that helped cause obesity.

The mutations were located in non-coding portions of FTO involved in regulating gene expression. But when Nóbrega looked closer, he found that something was amiss. These regulatory regions contained some elements that are specific for the lungs, one of the few tissues in which FTO is not expressed. “This made us pause,” he says. “Why are there regulatory elements that presumably regulate FTO in the tissue where it isn’t expressed?”

This was not the first red flag. Previous attempts to find a link between the presence of the obesity-associated mutations and the expression levels of FTO had been a “miserable failure”, he says. When Nóbrega presented his new results at meetings, he adds that many people came to him to say ‘I just knew there was something wrong here’.

So Nóbrega’s team cast the net wider, looking for genes in the broader neighbourhood of FTO whose expression matched that of the mutations, and found IRX3, a gene about half a million base pairs away. IRX3 encodes a transcription factor — a type of protein involved in regulating the expression of other genes — and is highly expressed in the brain, consistent with a role in regulating energy metabolism and eating behaviour.

When they examined the looping three-dimensional structure of the chromosome on which both genes sit in mice, zebrafish and human cells, they found that the obesity-associated regions in FTO were physically in contact with the promoter (the initial gene sequence which acts as an on/off switch) of IRX3. So the switches that turn on IRX3 are actually located far away from IRX3 itself, inside another gene. “We think of the genome as a linear thing, but it’s really a complex 3D structure that coils back onto itself,” he says.

IRX3 also appeared to be strongly linked with obesity. People with one of the obesity-associated mutations showed higher expression of IRX3, but not FTO, in brain tissue samples, the team found. Nóbrega and his colleagues also found that mice lacking the gene weighed 25–30% less than mice with a functional IRX3 gene; did not gain weight on a high-fat diet; were resistant to metabolic disorders such as diabetes and had more of the energy-burning cells known as brown fat. The same results were seen in mice in which the expression of IRX3 was blocked in the hypothalamus, a brain region known to regulate feeding behaviour and energy balance.

Inês Barroso, a geneticist at the Wellcome Trust Sanger Institute in Hinxton, UK, says that the work answers some of the questions around the biology of the link found in the genome-wide association studies (GWAS). “That’s always the tricky thing; a GWAS gives you an association, but it’s just a marker on the genome, it doesn’t actually say anything about which gene it’s affecting,” she says. “This strongly suggests that mediation of body mass is going to be through IRX3 rather than FTO.”

Nóbrega thinks geneticists should keep in mind this example of unexpected interactions between distant genes when dealing with genetic association studies. “There may be many other cases where people are studying the wrong gene,” he says. “We might be chasing ghosts.”